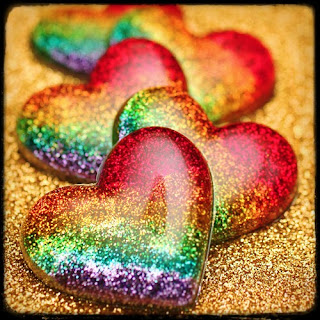 I am genuinely bemused by Julia Gillard's stance on equal marriage. I honestly don't see why she wouldn't want to take the brave step of being the Prime Minister who goes down in history as allowing all consenting adult Australians the right to marry. More than 60 per cent of the electorate agree that equal marriage rights is something we should have in Australia - that's more than a majority - and certainly a higher figure than the 'majority vote' that sees labor as the ruling party.

It's not like it's breaking with an age-old tradition. It was only in 2004 when the Howard government inserted the clause "Between a man and a woman" into the marriage act.

Next week the Labor party will be having a conscience vote on this issue. If you, like me, believe that this law needs to change you need to let your local federal MP know how you feel. I've already emailed my support to my local MP - one of the fabulous ones who's spoken up in parliament in favour of the amendment.

After watching Ides of March last night I was reminded of the sad fact that the vast majority of politicians don't allow their conscience to be their guide. They're guided by numbers. And votes. If they think that the majority of voters in their electorate feel strongly about a certain position - they'll vote for it - even if it goes against their own views.

Here's how to find your local MP and send them an email. Just a simple one: "Hi, I live in your electorate, I vote and I am in favour of marriage equality, kindest regards, A Voter." That'll do.  Go here to find your MP and let them know how you feel. Our Prime Minister's email's also on there if you'd like to double your influence. I've sent Julia Gillard an email expressing my views, and am hoping she'll take them into consideration.

Let's be the generation that just doesn't sit back and watch history march backwards. I believe in love. That's all. It's that simple.
Posted by PinkPatentMaryJanes at 1:51 PM