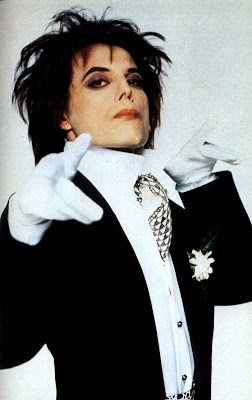 Last night I watched the most awesome documentary {words you do not usually hear coming from me}. It was part 1 Queen: Days Of Our Lives on ABC2, and it was beyond fabulous. I've always had a soft-spot for Queen. I remember being entranced the first time I saw Bohemian Rhapsody on Countdown - it was so unlike anything I'd ever heard, and Freddie was just the most magnetic frontman I'd ever seen.

So I loved hearing about their history, how long it took them to finally make-it and make money and how all four of them played a role in creating their songs {yes, four. Are you like me and think Freddie, Brian May, Roger Taylor and, um, the bassist?}

What intrigued me was the history behind some of their hits. For example, Freddie created Bohemian Rhapsody by rushing from studio to studio to add bits and pieces, before putting it all together. At the time it was extraordinarily long and had no chance of being released until Kenny Everett stole a copy and played it eight times in one weekend on his radio show and it became the hit it was. {See, Kenny Everett, not just a comedic genius}.

I found out that one of my fave Queen numbers, Don't Stop Me Now, was inspired by Freddie's immersion in the US gay scene. I also discovered that their biggest hit is Another One Bites The Dust - written by the bassist, John Deacon. Oh, and guess who encouraged them to release it as a single? Michael Jackson. I know - fascinating stuff.

So, next week it's on ABC2, 9.30pm Wednesday - but in the meantime check out iView for last night's episode. If you're a Queen fan you'll love it. If you're a music fan you'll also adore it.

Now, if you'll excuse me I need to hunt me down a Lego Freddie Mercury...
Posted by PinkPatentMaryJanes at 12:10 PM