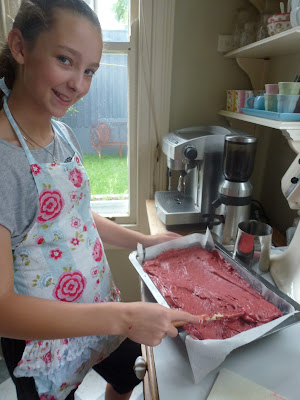 Okay, first step to success involves making Nigella's Red Velvet Cake. We doubled her Red Velvet Cupcake recipe from Kitchen and made a large rectangular cake {and by we I mean, my gal, she does love her baking!} 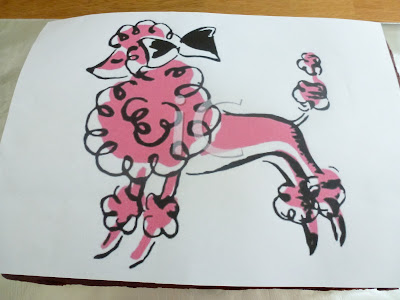 Next, we found the perfect poodle pattern on-line. This was the basis of my decorating. 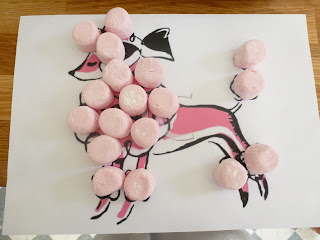 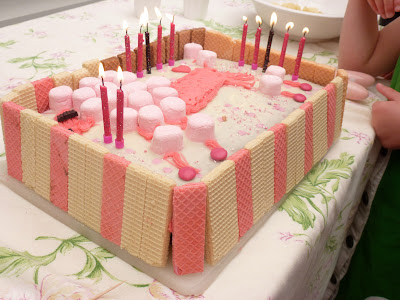 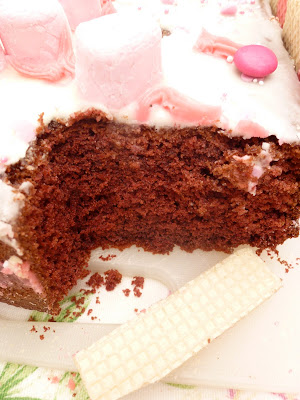 The inside story. So yum! 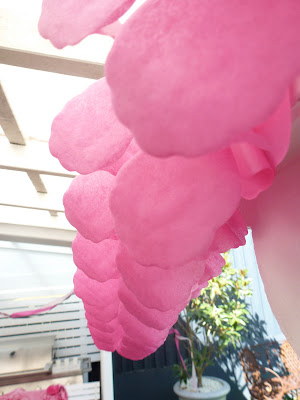 Pink, black and cream themed streamers on the back veranda. 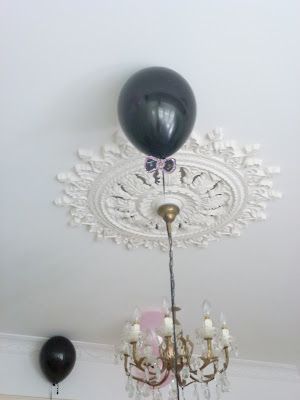 And helium balloons bobbing on the living room ceiling. {one for each gal to take home - and a few extras just in case of pops!} 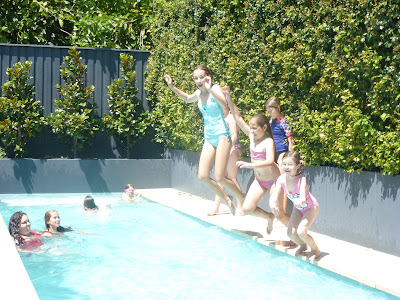 In this neck of the woods no party's complete without a swim. And thankfully the weather put on a rather beautiful show for the day! 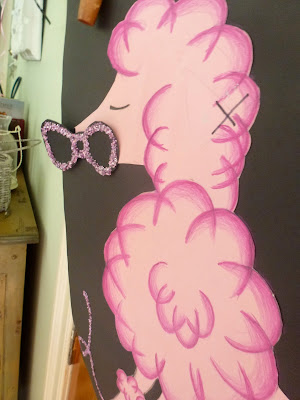 The girls played Pin The Bow on the Poodle with sometimes hilarious results {when Madame Poodle became Monseur} My very talented niece drew the most amazing poodle and these gorgeous glittery bows for all the girls. They ended up sticking the bows to the balloons to take home. Then we had French Trivia, with teams proving their french knowledge {captains were gals who'd been to France} and then some Wii Dance. Sustenance was next. 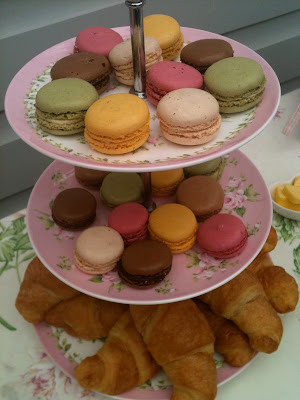 The food was either pink, or French-inspired. Look at these macarons I found at Woolworths! 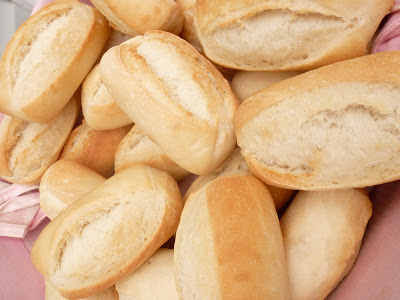 Mini baguettes to butter and fill with ham and brie. 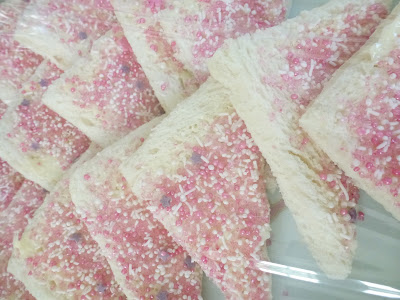 I found some pretty fairy dust in the cake aisle at Coles, so I had to make some fairy bread. They're off to high school next year so it may be my last chance. It was gobbled up in seconds, proving that really, you're never too old for fairy bread {a piece may have dived in my mouth too}. 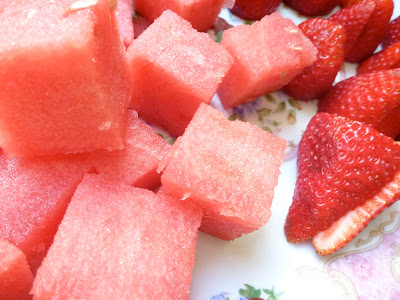 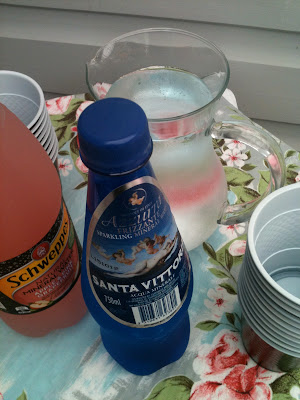 Washed down with pink grapefruit, sparkling water, and iced water. 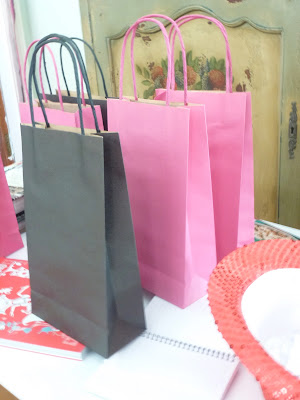 Then it was presents and party bags before home time. And that's it. A great party for my gorgeous gal. 12 friends, two and a half hours and lots of giggles. What more could you ask for?
Posted by PinkPatentMaryJanes at 11:10 AM