so french, so chic 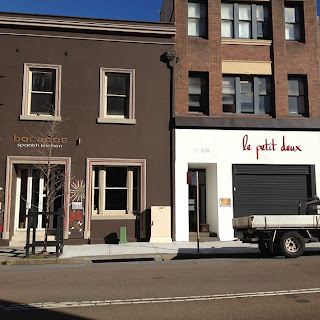 There's quite the revitalisation happening in the East End in Newy. See that building on the left? It's a spanish place that's moved from teeny tiny premises next door to this fabulous building. Now, traditionally (so they say) this building has a bit of a curse - but word on the street by peeps and tweeps in the know say that bocados may well be the place to break that curse. I need to visit to put that to the test.

Instead, see that place on the right? We went there. Opening day, saturday, petit dejeuner. Le Petit Deux may well be my new place to catch up with my friends. 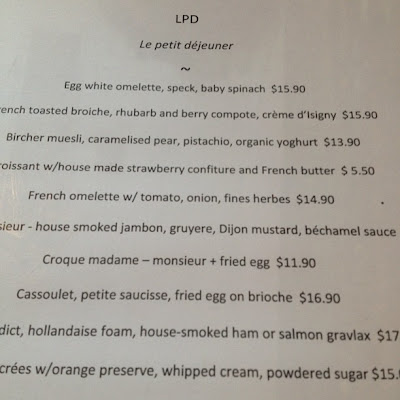 I perused this. Pondered that. Ended up choosing this. 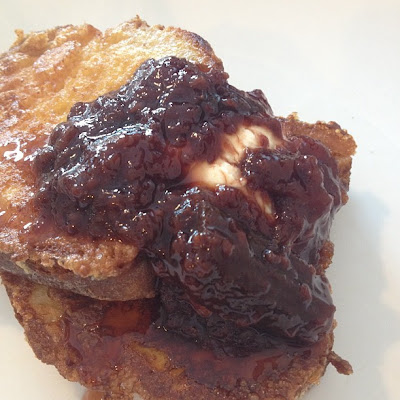 Brioche french toast with a rhubarb and berry compute and creme d'Isigny. Was it as good as it looked? Nope, better.

There's care, love and passion in this food - you can see it and you can taste it.

The word's already out. The place was packed, and the dejeuner (lunch) menu looked even more amazing. Lesley Taylor is the head chef - she who's creating miracles at Restaurant Deux. If ever you need evidence that Newcastle's future lies in fab food - she leads one of the places you must visit.

I'm visiting again on Tuesday. And again later in the week. Well it'd be rude not to wouldn't it? And you really need to visit with different friends just to make sure that everything suits every mood.

ps: I couldn't get a shot, but there's the most awesome velo out the front with fleurs in the basket. Shall photograph it next time when the sun's less harsh.

pps: the croissant met my daughter's harsh criticism - tasted just like in Paris apparently. Gotta be happy with that.

Posted by PinkPatentMaryJanes at 4:55 PM