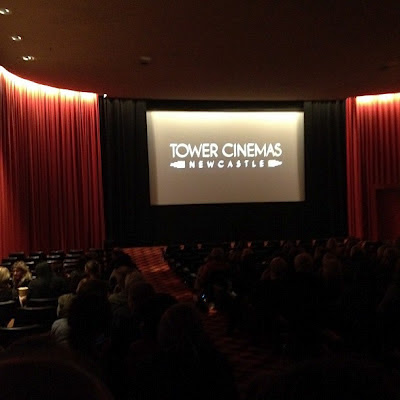 It will come as no surprise to any regular reader that my favourite past-time is visiting the cinema. Nothing makes me happy than a night at the movies. And I've always had a soft spot for the Tower Cinemas in Newcastle. I feel quite certain that when my brother and I had the living daylights scared out of us by Jaws, it was at The Towers. It was also where I went on my first real date in High School - seeing Fame actually - ah yes, the original...

This grand old dame has been around since the early seventies, as the decor will most strongly attest. It's a real retro-gem. So I'm thrilled that the owners are sympathetically renovating with more than a nod to its vintage past. New carpet has gone down, and while it's stylish, it certainly wouldn't look out of place in a 1940s or 70s high end establishment. My fave features, the dramatic red curtains that roll back to reveal the film will hopefully be kept too. They're so Twin Peaks they make my heart ache.

It's in the screenings that things have changed.

In moving forward The Towers is moving toward screening limited release, Art House and other cinematic gems. And for that, I have nothing but applause.

I've just returned from the relaunch night. It was fab. There was champagne, canapes, loads of people with a passion for this cinema and the screening of the new Aussie flick The Sapphires. 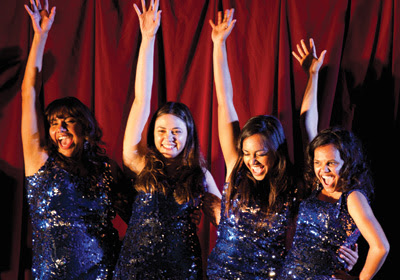 What an absolutely joyous film this is. The performances are outstanding. Absolutely outstanding. Deborah Mailman takes custody of your gaze every time she enters the screen - what a charismatic actor she is. She is a singular talent, truly. But it's not just her film as every single character in this film has something very special to offer. Jessica Mauboy is exquisite. Her performance has pathos and vulnerability - and oh, that voice, that utterly magical voice... 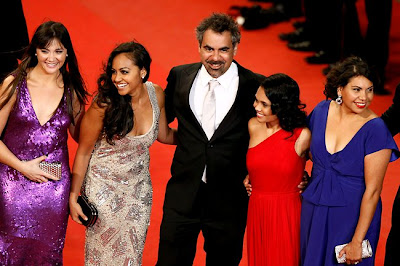 Apparently the film wowed everyone at Cannes - little wonder. It really is a triumph. While it dealt with with some of the horrible aspects of our indigenous history, it did so with a light hand. Not sweeping it aside, but treating it with respect and dignity.

I walked out with a smile on my face, and many songs in my heart. This is one film soundtrack I'm keen to buy. My faith in Aussie films is totally restored.

Now, excuse me while I make a bit of an awkward segue but I need to talk about another film.

There's a bit of a goldmine in cinema at the moment, particularly Aussie-made. Last week I went to see Not Suitable For Children with two of my film-loving friends. 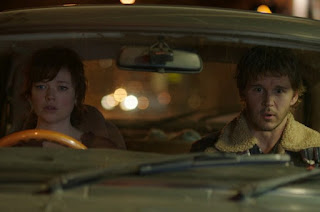 I had very moderate expectations for this film. I knew it starred Ryan Kwanton, but that was about it. I found myself quite delighted. What could have been a hideous, over-wrought cliché was actually a warm, funny and thought-provoking film.

The soundtrack kicks butt, there is a breakout performance by the exceptional Sarah Snook and the film raises some issues I'm still thinking about a week later. It's a very clever film, deftly directed and written - and the performances show why Aussie actors are the leading force in international cinema. We have some serious talent.

So thank you Tower Cinemas. Thank you for trying something different, for sympathetically restoring this iconic piece of Newcastle's history and bringing some very ace films into my life. 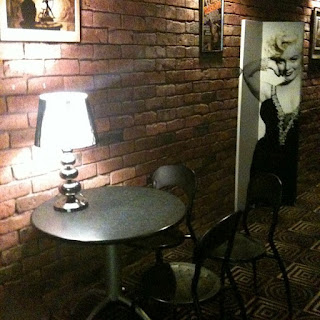 Posted by PinkPatentMaryJanes at 10:42 PM