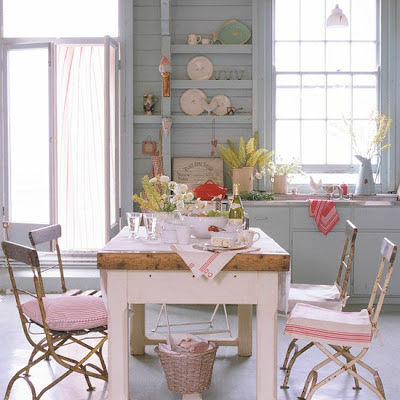 But now we're home and here's what we're eating.

Monday: I needed to cook up something cleansing tonight so I made a chicken, corn and udon noodle soup. I simply sliced a few green shallots, white and green and sauteed them in a little olive oil with a finely diced carrot and a couple of cloves of garlic. Then I diced three chicken breasts into 1cm cubes, added these and topped with 1 litre of chicken stock. I brought this to the boil, took it down to a simmer and simmered until the chicken was cooked. Then I added some corn and udon noodles and seasoned with pepper and soy sauce. Delish.

Tuesday: we're having glazed salmon on the bbq with sushi rice and salad. I think I'll make a glaze with lime, soy sauce, ginger and garlic.

Wednesday: a simple steak and salad is called for.

Thursday: my gal's having a pal over for a sleepover and a shopping expedition. Why fight it? I'll make spaghetti bolognaise and garlic bread.

Friday: I'm going to the SurfHouse to celebrate a lovely friend's birthday. So, beforehand I'll make up a prawn and quinoa salad. I've never used quinoa before (I know, late adaptor) so let's hope lots of pepper, parsley and lemon makes it delish.

Saturday: lamb tonight. With a chickpea and roasted capsicum salad. And some wilted spinach with garlic - some things are just meant to be together.

Sunday: roasted chicken. The simple things in life really are the best.

And that's how we're easing into this first week of the school holidays. How about you?
Posted by PinkPatentMaryJanes at 7:06 PM