things that are awesome 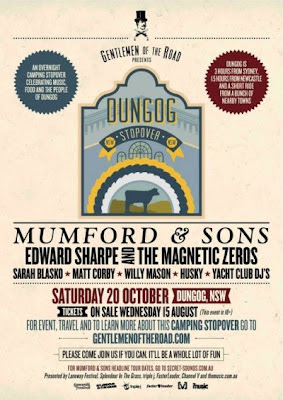 So, I'm on Facebook the other day when this pops up in my feed. Straight away I squealed and knew I had to go. Lookit! It's Mumford & Sons - AND Sarah Blasko (and lots of other cool others, but hey, those two will do me). It's a full day camping event in Dungog, a lovely town I'm keen to revisit. And, guess what? There's GLAMPING! (well, I'm not sure how glamorous it'll be, but there is a VIP tent set up with beds and a lamp, that'll do - I'll bring my own champagne...)

Now, because we have a wedding on the South Coast the following weekend (with a groom who's a HUGE M&S fan who will be rather sad to miss this I'd say) hubby thought it best if we didn't toddle off and leave our child with his parents for another two days on top of the four we're away for the wedding... SO, thank goodness for social media. One of my friends, who's on twitter, also mentioned this, I said "I wanna go", she said, "me too", then another friend joined in and BAM. We have a team of four in a VIP tent. We've already thought of hashtags.

So, anyway, if you see #CarryOnGlamping trending on Twitter you know who's responsible. And sorry, you'll probably hear us squealing too. We're an excitable bunch.

Gee, as my friend A said on Facebook today - I feel like I'm 21 again. Dungog, you ready? Bring it. 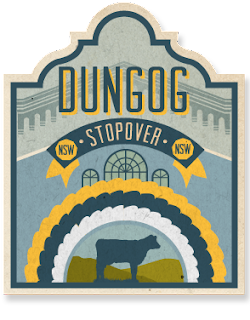 Posted by PinkPatentMaryJanes at 9:32 PM