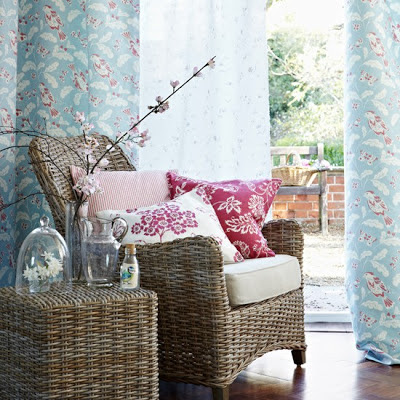 My aim is to have a visitor-ready home. You know, so if someone pops in I can happily invite them in and make them a cuppa.

My home at the moment is far from visitor-ready.

Events are conspiring against me.

In my hallway is my new vacuum cleaner in a box {YES! I bought a Dyson!}, a box of recyling and my husband's second bike.

In my study is my husband's main bike, my old vacuum cleaner which finally died of {pretty much} natural causes, a filing box with a big stack of 3 years worth of bills to be filed next to it, a box with my daughter's old books in it, a stack of magazines I used to work on that need to be filed and random miscellaneous stuff.

These things are all out as I searched through the closet in the study for a receipt. Didn't find it, found all those things though...

The living room isn't too bad. But there are two phones that I bought to replace our old ones that are the wrong ones and need to be re-wrapped and placed neatly in their boxes to be returned. I've given up so everything's on the living room table. There are also shoes. Many of my daughter's shoes. Sigh.

Kitchen. You cannot see the kitchen island, it's chockers with paper that needs sorting. The sink is filled with freshly washed dishes as my dishwasher is broken!

The bedroom has three piles of folded towels at the foot of my bed, a box of netball stuff that was dropped at my house five weeks ago and needs to go to the club, a big bag of badges for player of the match for every team in the club (70) and piles of wrapping paper from hubby's birthday last saturday. Plus more, I'm not game to look.

Let's not discuss my daughter's room. Let's just say that if you're looking for a towel that is not folded in a pile at the end of my bed it'll be in her room.

Now, the reason it's like this is hubby was crashed into on his bike last week and his fingers are all mooshed up so he can't carry boxes. Hence the box in the hallway. The bikes? No idea - perhaps he thinks it's decor? My gal's been busy with school assignments, and apparently changing shoes every 15 seconds... And I've been flat-out with work.

So, power clean? 45 minutes per room between now and when my sister-in-law and her two gals arrive on Saturday afternoon? Can I do it?

In the meantime I'm going to close my eyes and imagine that pic above is my house - with perfect vignettes of pretty glassware rather than teetering piles of paper.
Posted by PinkPatentMaryJanes at 10:38 AM

Email ThisBlogThis!Share to TwitterShare to FacebookShare to Pinterest
Labels: beautiful image via housetohome.co.uk