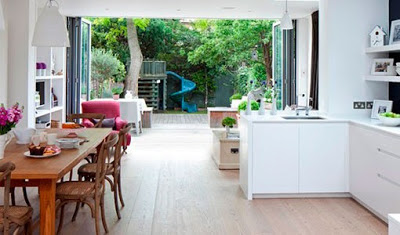 Just once I'd like a Monday to arrive without thinking "What? Really? Monday? Again?" Wouldn't it be nice? My week's busy this week, with a gazzilionty films this weekend at the French Film Festival - and the Shout Film Festival. Eep! Here's what I'm going to aim for:

Monday: my gal has millions of tests this week at school (well, three) so she's skipping ballet this afternoon (as it's two hours!) so she can study. Not what we'd normally do, but we had my sister-in-law and her two gals down this weekend which was unusual, so you've gotta roll with things. For dinner I have pork schnitzel from Aussie Farmers. I'll crumb them with panko crumbs, parmesan and lemon zest and serve them with mash and roasted brussell sprouts.

Tuesday: my gal has netball training. I have burlesque. Spaghetti with chicken meatballs I think.

Wednesday: I have a butterflied chicken I need to bbq. Best do it tonight.

Thursday: it's my mother-in-law's birthday so I think we're popping up to say "Happy Birthday". Early dinner of chickpea and pumpkin curry I think.

Friday: opening night of French Film Festival. I'll snack on the wine and cheese available - and a bucket of popcorn (healthy). Husband and child will make pizza.

Saturday: another film. I'll whip myself up a tuna nicoise salad. Husband and child going to in-laws for the night to see sister-in-law and two gals before they go back to England on Sunday.

Sunday: three films today, starting at 11am. Husband and child taking English rellos back to airport. Lordy knows what time I'll be home - but I'll grab Sticky Rice takeaway on my way home. And rest my rectangular eyes...