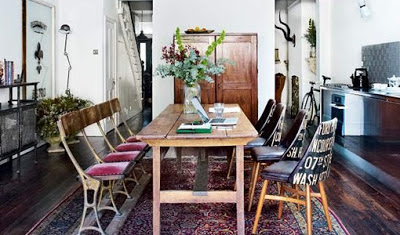 Oh, morning, how's things? I'm a bit sleepy, a bit snuffly, and a little bit frosty. Brrrrrrrrrrrrr. So this shall influence my meal planning today. Here's what we're eating.

Monday: I have netball training sessions from 4 - 6.30 tonight - eep! So I'm making a big pot of chilli con carne for dinner. I'll serve it with brown rice (the cheaty microwave packet).

Tuesday: chicken noodle soup is called for when you are snuffly. I have some garlic shoots I bought from the farmers market to slice into it. Mmmmmm.

Wednesday: burlesque tonight, so we might have steak and salad for dinner. Nice and early.

Thursday: it's my netball meeting this week, not last week. So I'll make an early dinner of chicken meatloaf with mash and steamed vegies.

Friday: my gal has a school dance and hubby and I are off to the opening of Watt Street Illuminations - where Newcastle's oldest street is lit up for a whole year. There is music, food and lots of fabulousness. We'll eat there, my gal can have pasta and pesto before she heads out.

Saturday: it's the Travelling Film Festival this weekend - lots of fabulousness from Sydney Film Festival. I shall be attending as many as possible, but am also going to an Art Opening at 2pm. I'll cook up some chicken kebabs with salad and a rice pilaf tonight.

Sunday: more film fest I'd say - so homemade pizza will be squished in amidst the viewings.