diving off the edge of the world 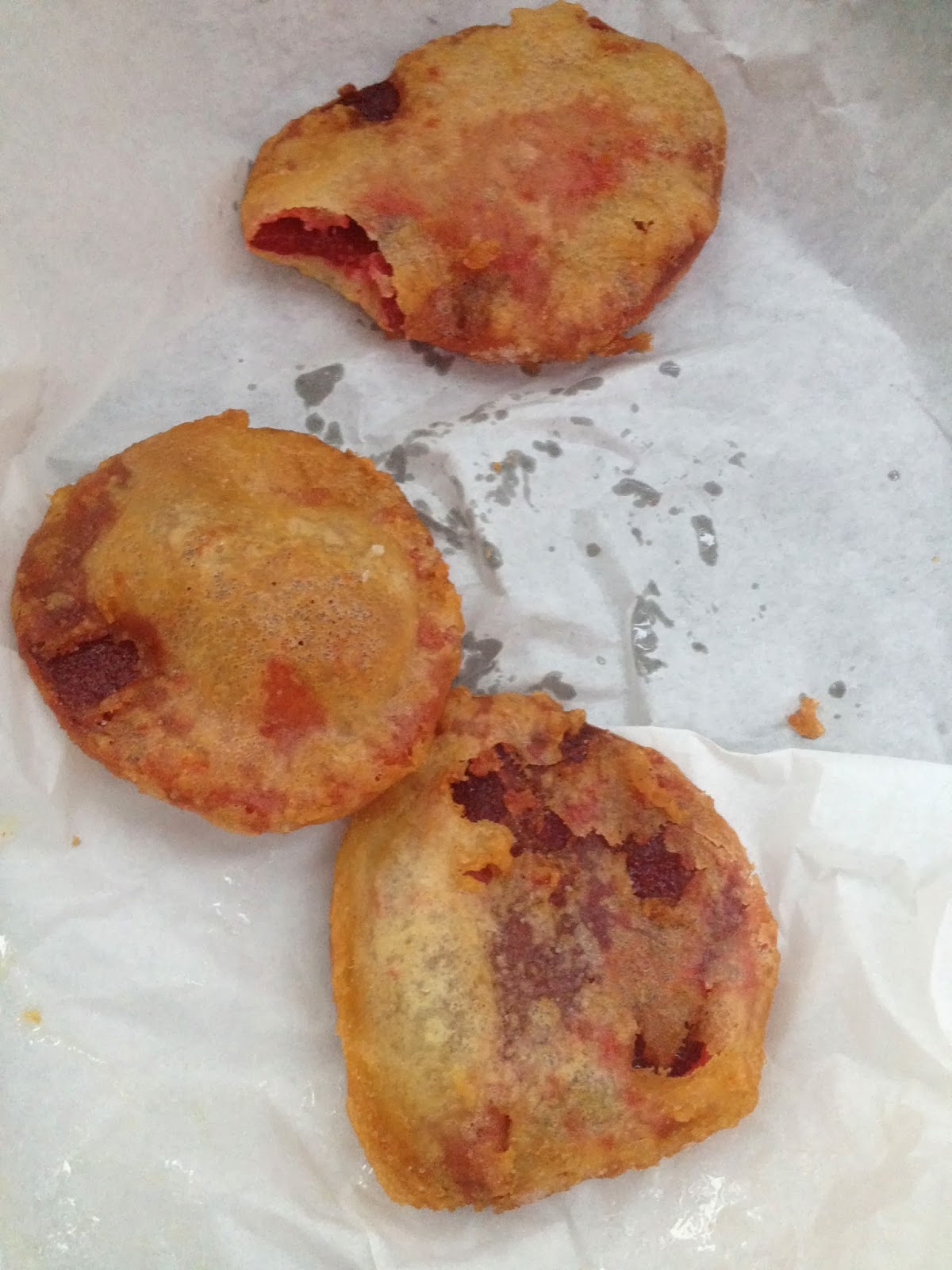 As a proud Novocastrian I try to do my best to support local ideas and talent. So, last night I went along with a couple of friends to check out Diving Off The Edge Of The World.

Having been in production for a few months my anticipation was high, and, as I've seen a few Tantrum  Youth Arts productions I know what these guys are capable of. The setting was perfection, Newcastle Ocean Baths at night. Bliss. We decided that we'd take advantage of the Bath's Kiosk being opened late and have a traditional meal of Pluto Pups for dinner but, sadly, the doors were very closed when we arrived at 6.30. Luckily, my fave place, Scotties, was a mere short walk away so we indulged in a pork belly burger and beetroot scallops (OH MY WORD!) 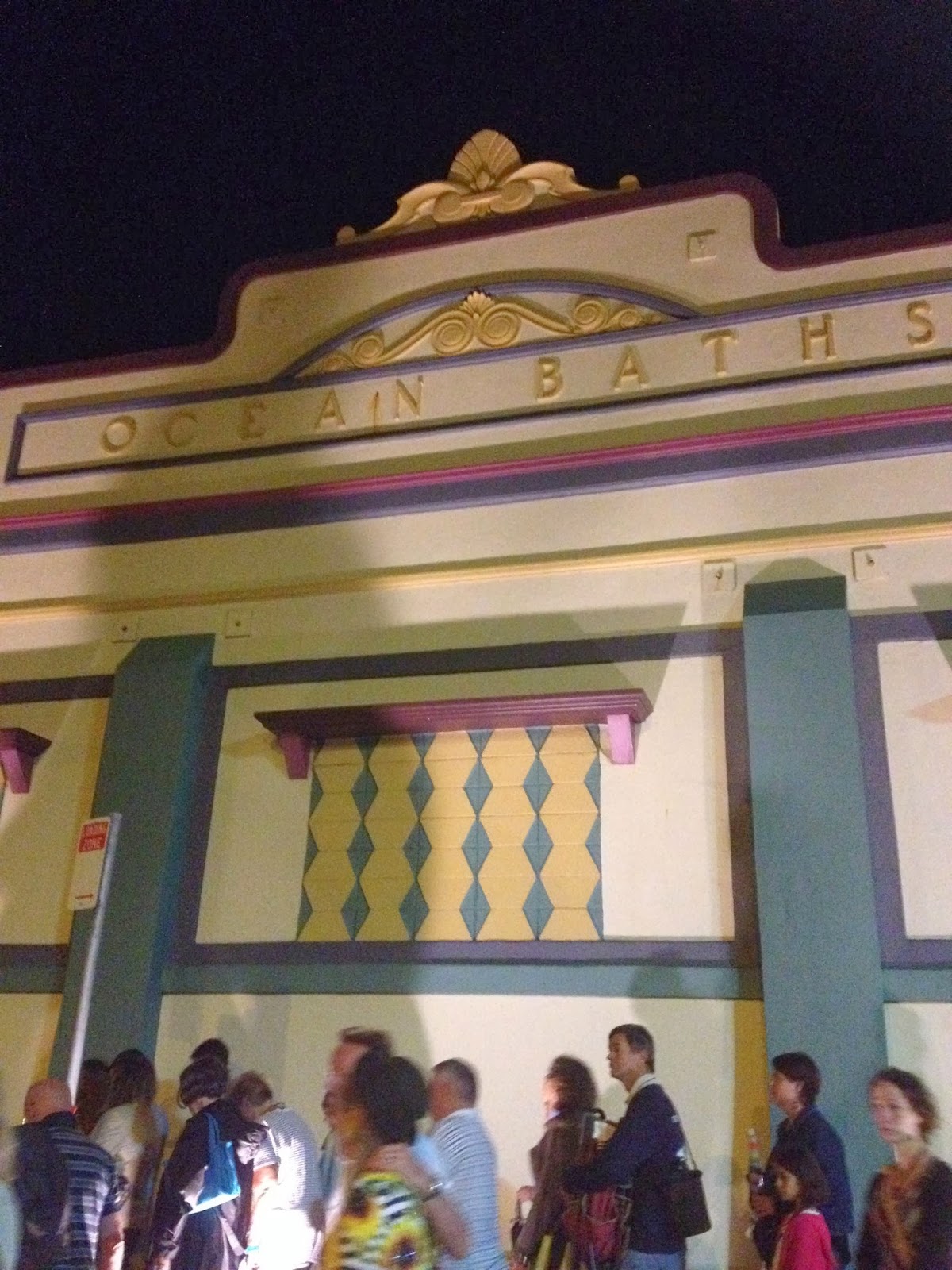 The show was a moveable feast. We were given passports at the start of the evening and colour-coded and matched to our hosts. I loved travelling from spot to spot.

PS: how beautiful are the gorgeously coloured Ocean Baths? I love how they're painted in rich heritage colours that highlight their deco-fabulousness. 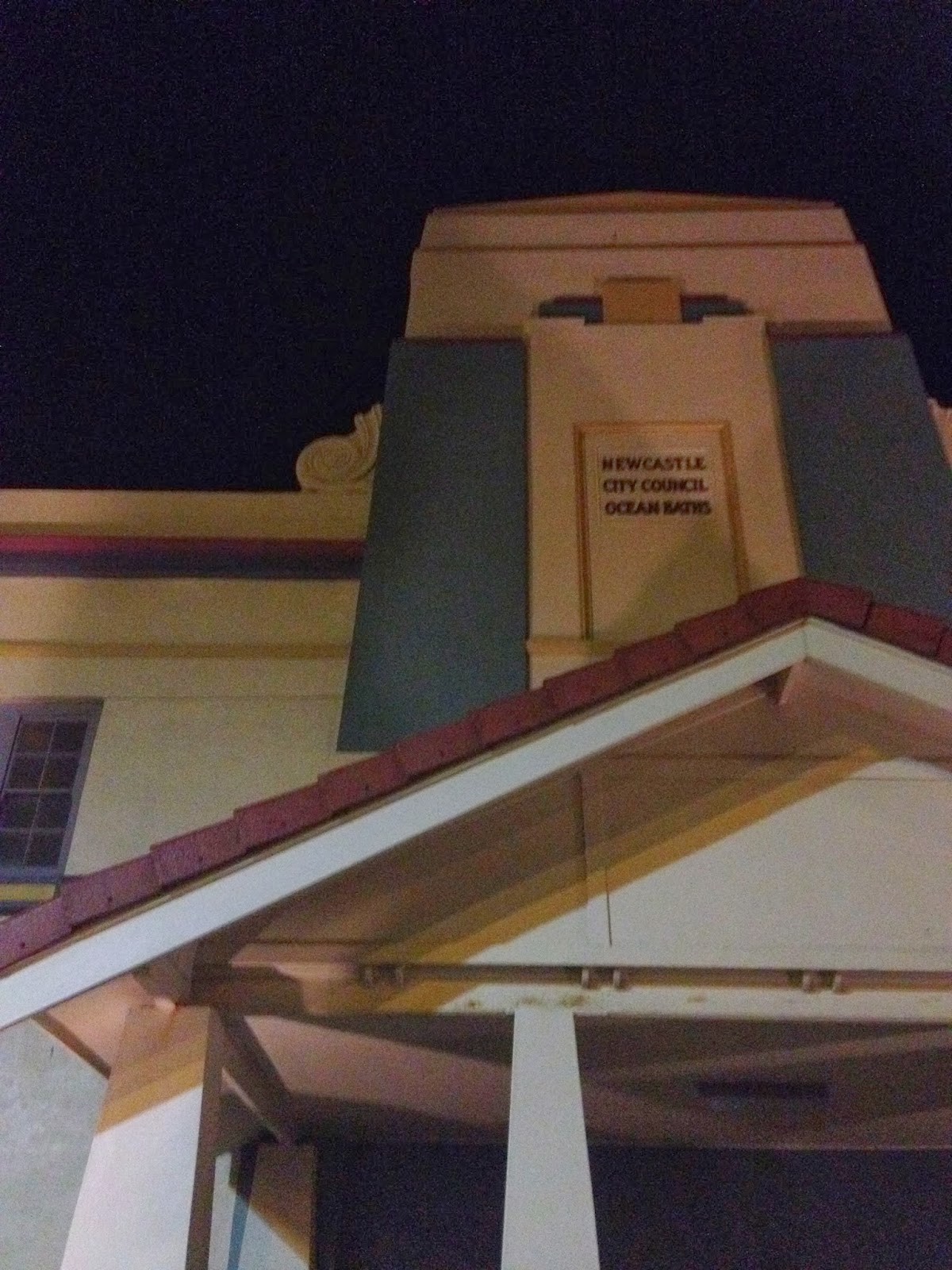 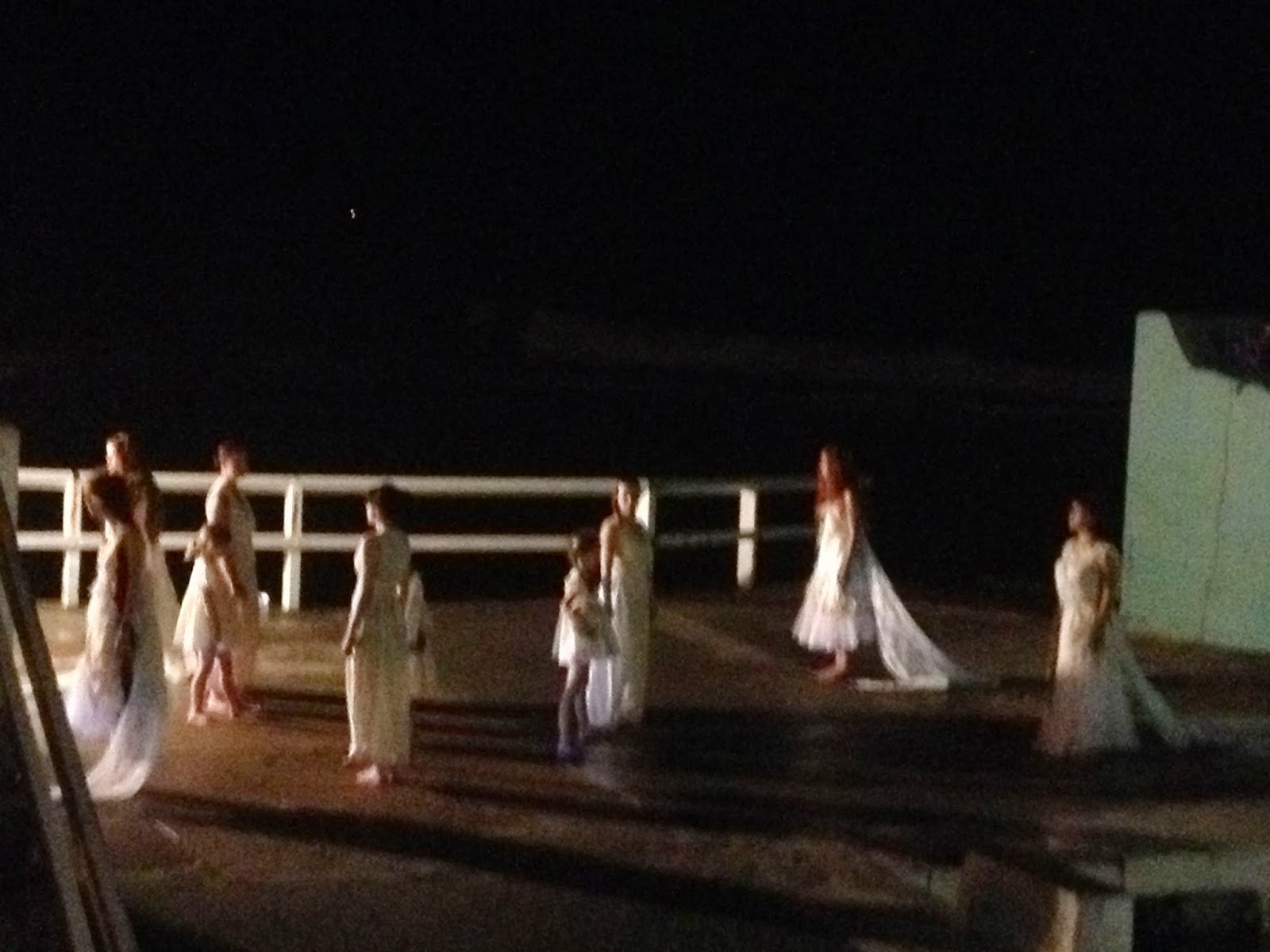 These sirens of the sea were haunting. Just beautiful. 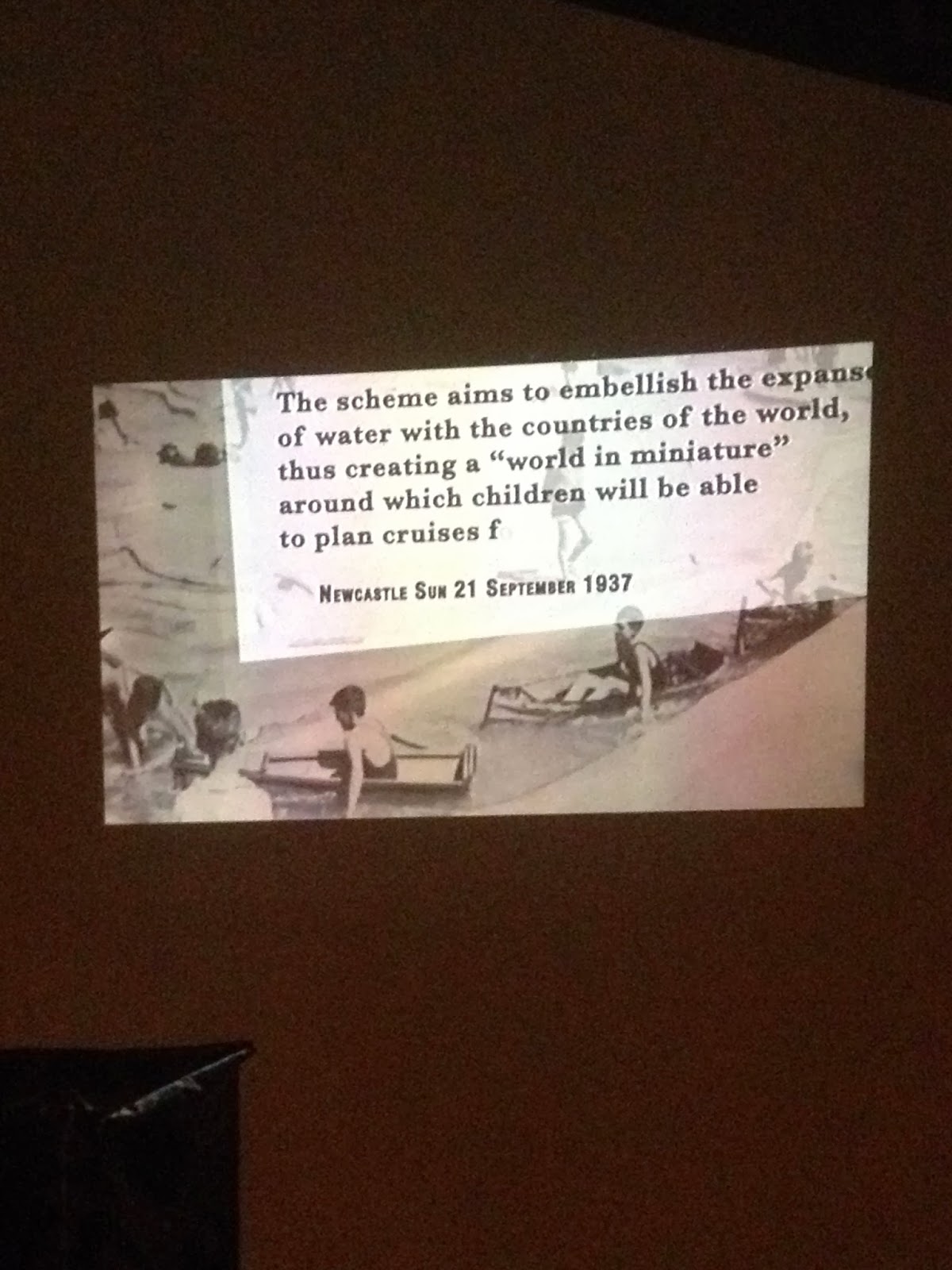 This was probably my favourite moment - where we learned about the history of the area in a short film featuring locals who grew up when the giant Map of the World was in the Mariner's Pool. Legend has it that it's still buried under the sand… I love how the map contributed to the wanderlust of kids who swam at Newcastle. What an inspiration. Can we bring it back? Kickstarter perhaps? 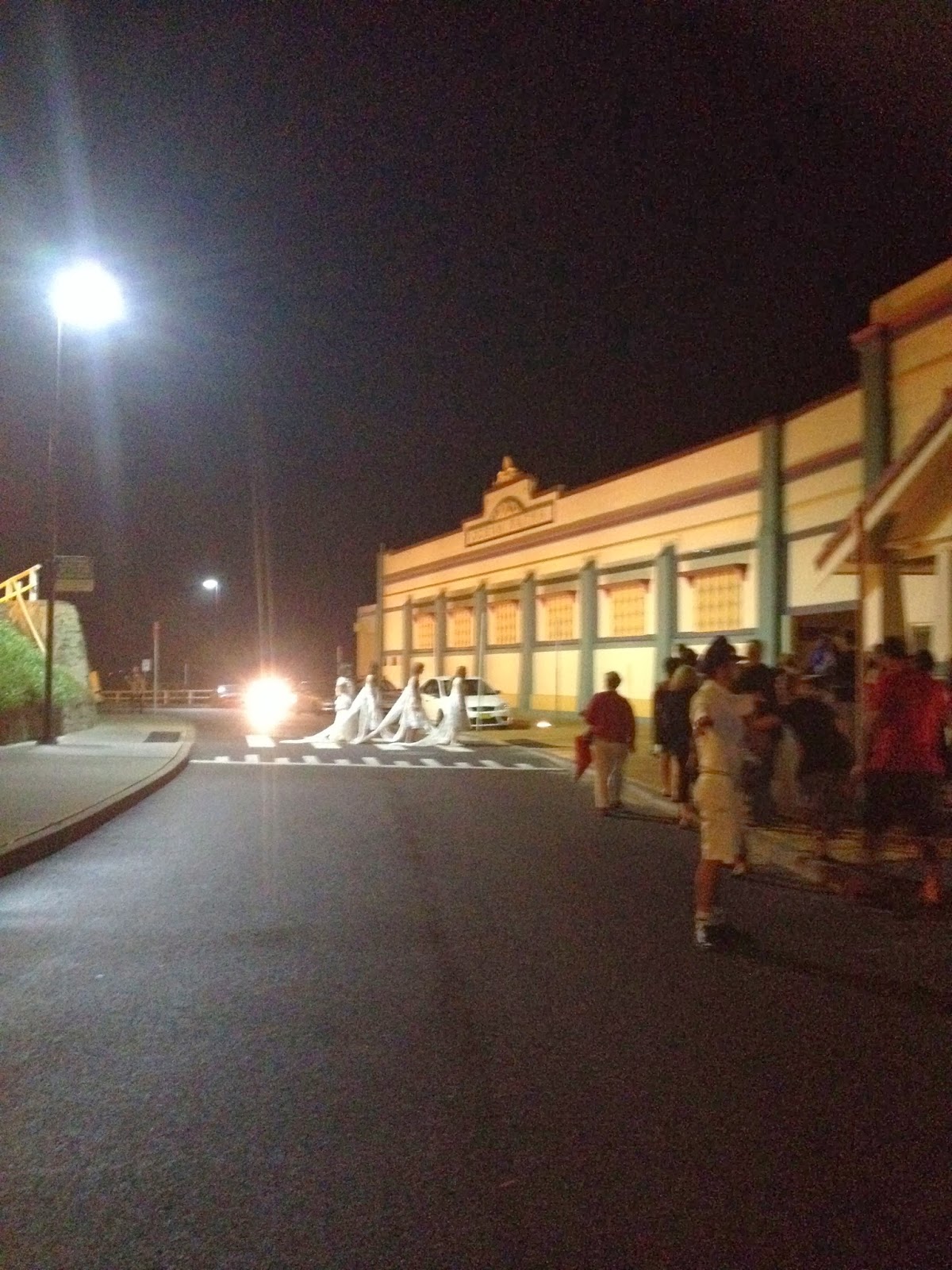 These ghost brides made for a haunting sight crossing in front of the baths. 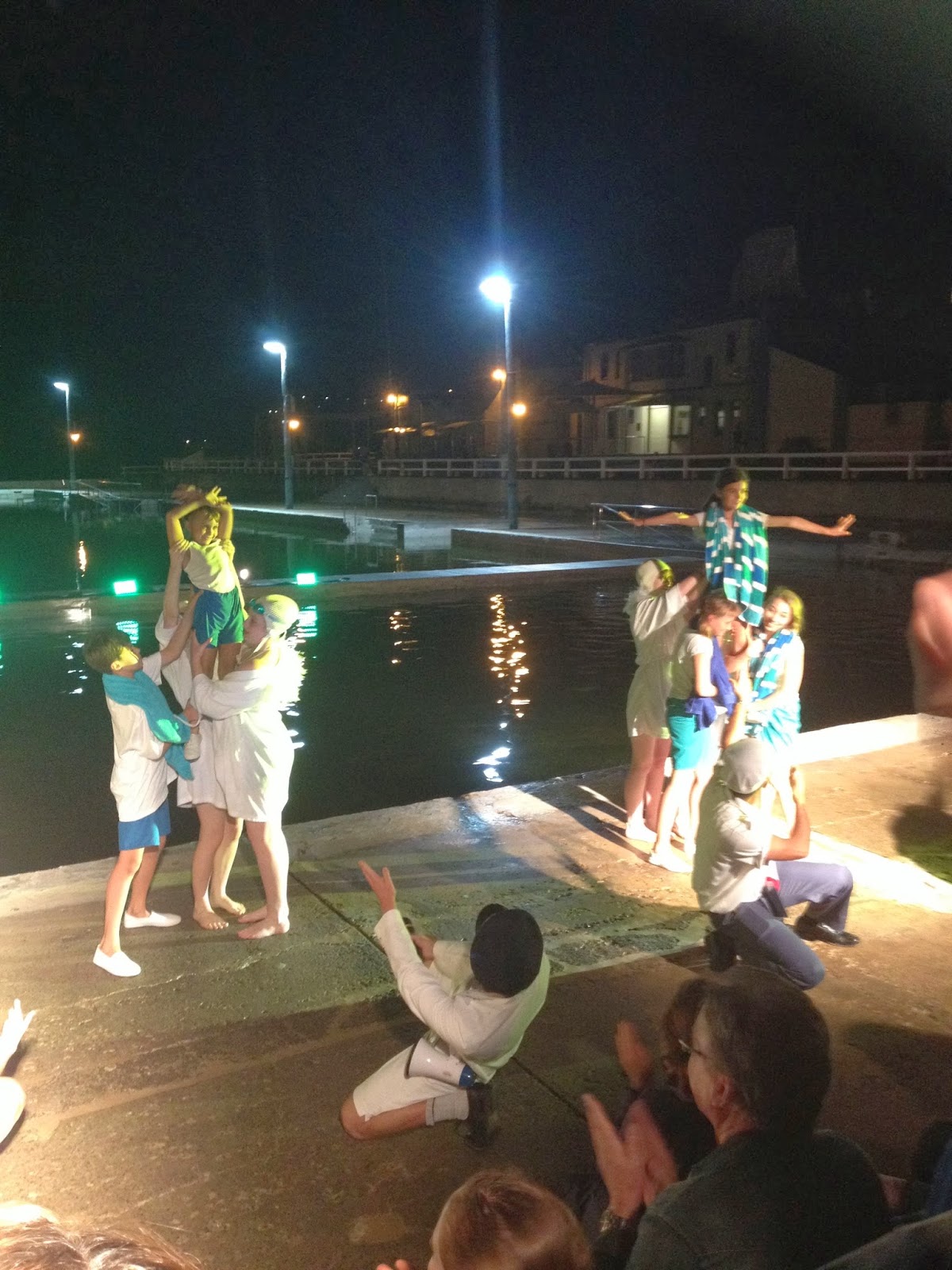 So many kids got involved - starting with workshops during the school holidays. The joy on their faces was wonderful, and the audience were loud in their appreciation. 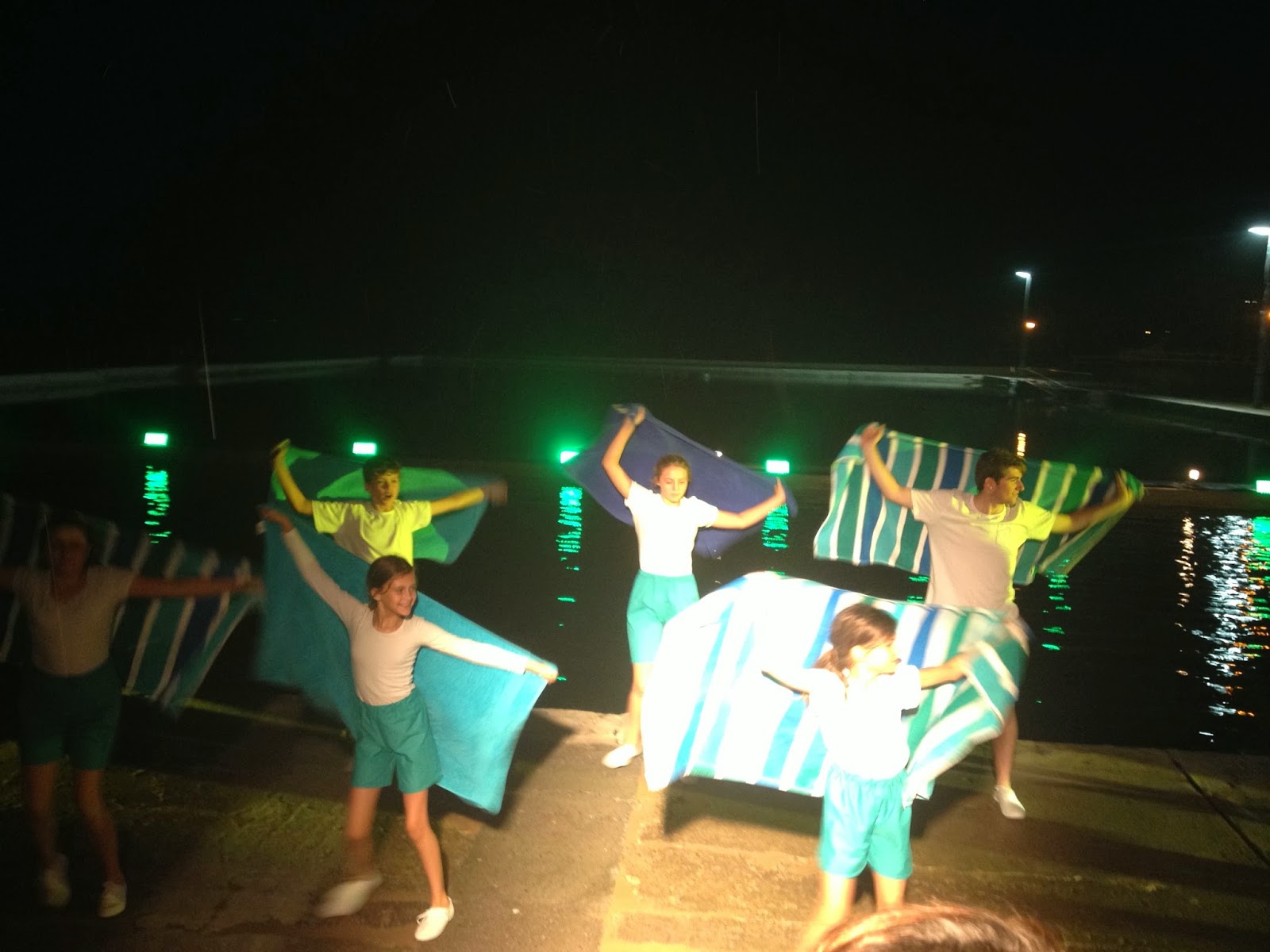 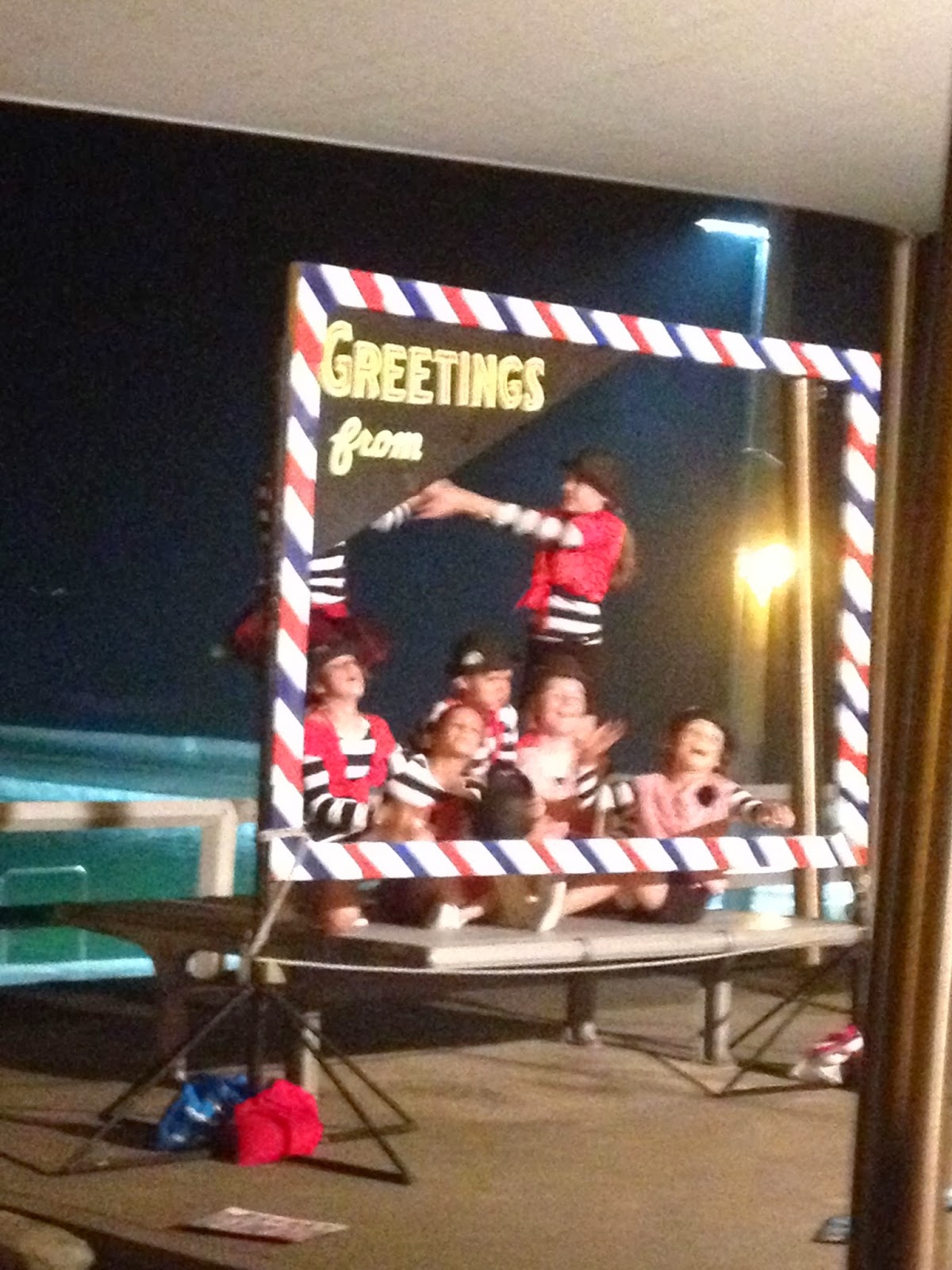 I also adored Postcardia where audience members selected a postcard which was read by a performer, while the other players acted out scenes from afar.

It's great to see kids' imaginations set afire in local productions, and to see art and culture taken out of institutions and on-site. Well done to all the peeps involved. You did good.

Diving off the edge of the world is on again next Friday and Saturday night. For tix, click here.

Posted by PinkPatentMaryJanes at 12:40 PM