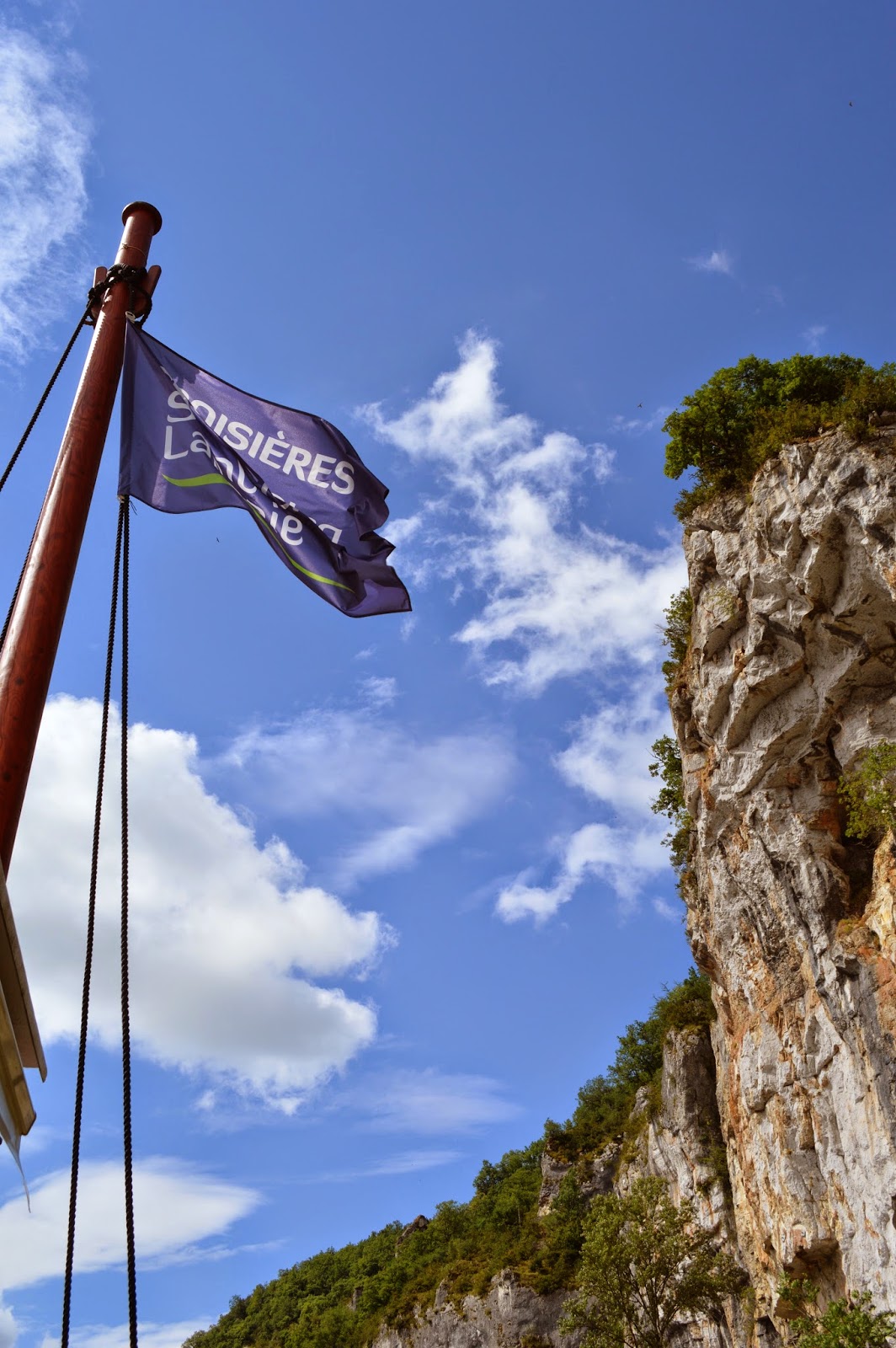 We sadly said au revoir to France, but only after totally making the most of it. We took a cruise on the The Lot river where we were treated to blue skies and stunning scenery. 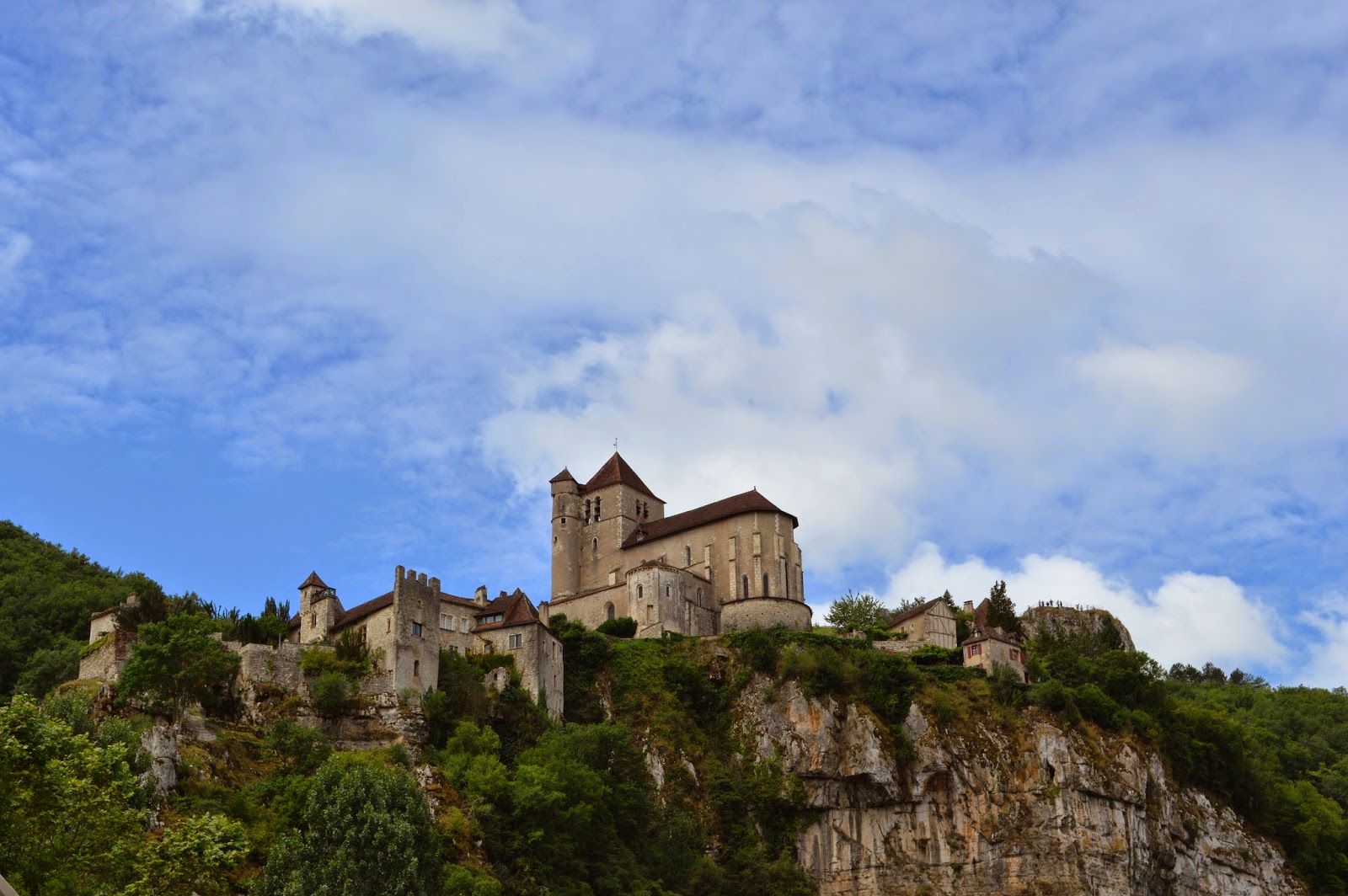 Including breathtaking scenes of St Cirq Lapoppie from below. Isn't it glorious? 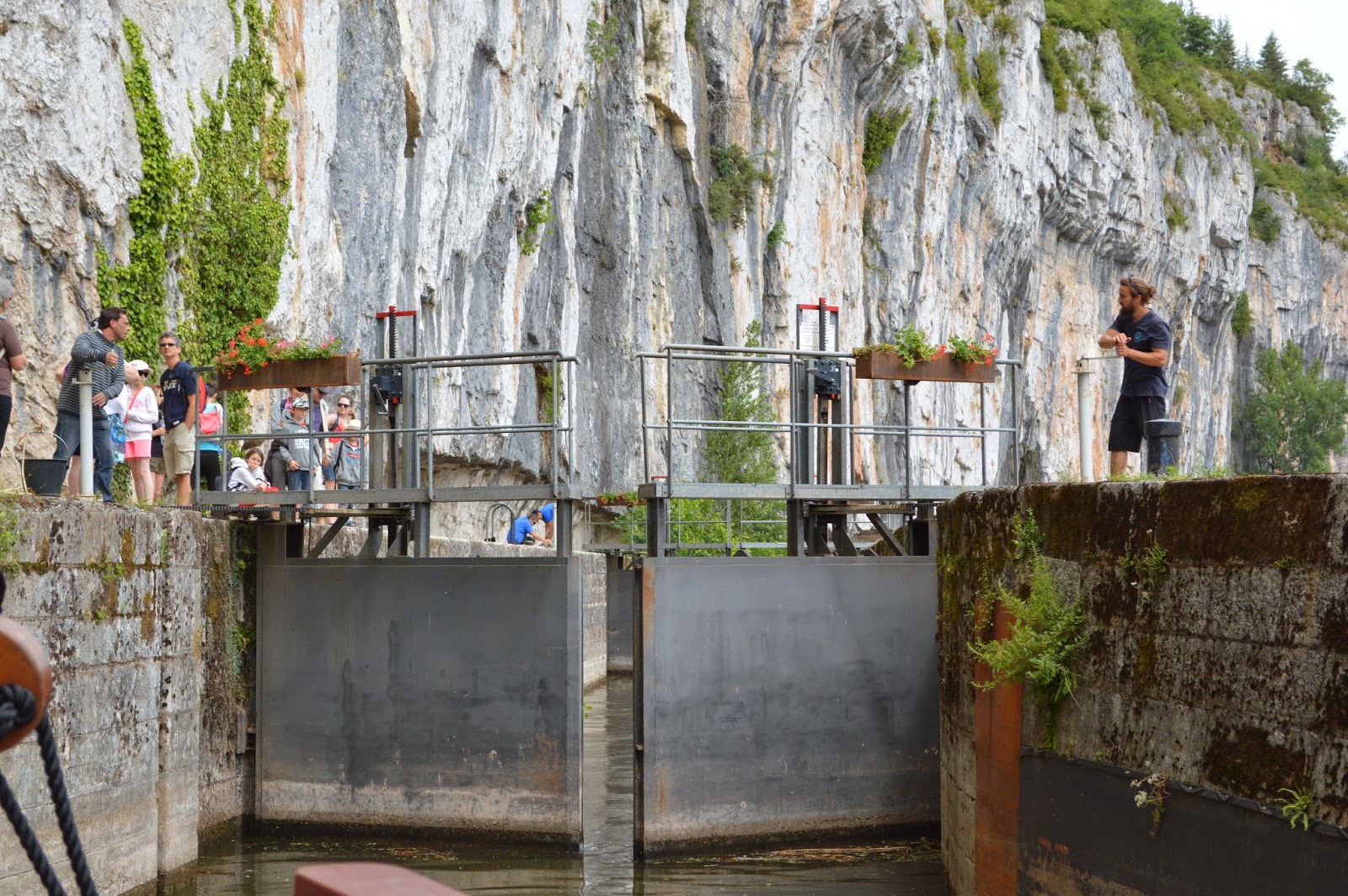 At one stage, the river becomes too shallow for ships, so the clever French have created these locks. What happens is the gates are opened, you ride in, and then the water is slowly equalised to the new level - either up a few metres, or down. It's very clever. And apparently was invented by Leonardo Da Vinci. Once you go through the lock you then travel along a totally manmade canal, until the river's a decent depth again. One thing I loved was the detail - see the flower boxes on the gates? Everything's considered an opportunity for a bit of fabulous. 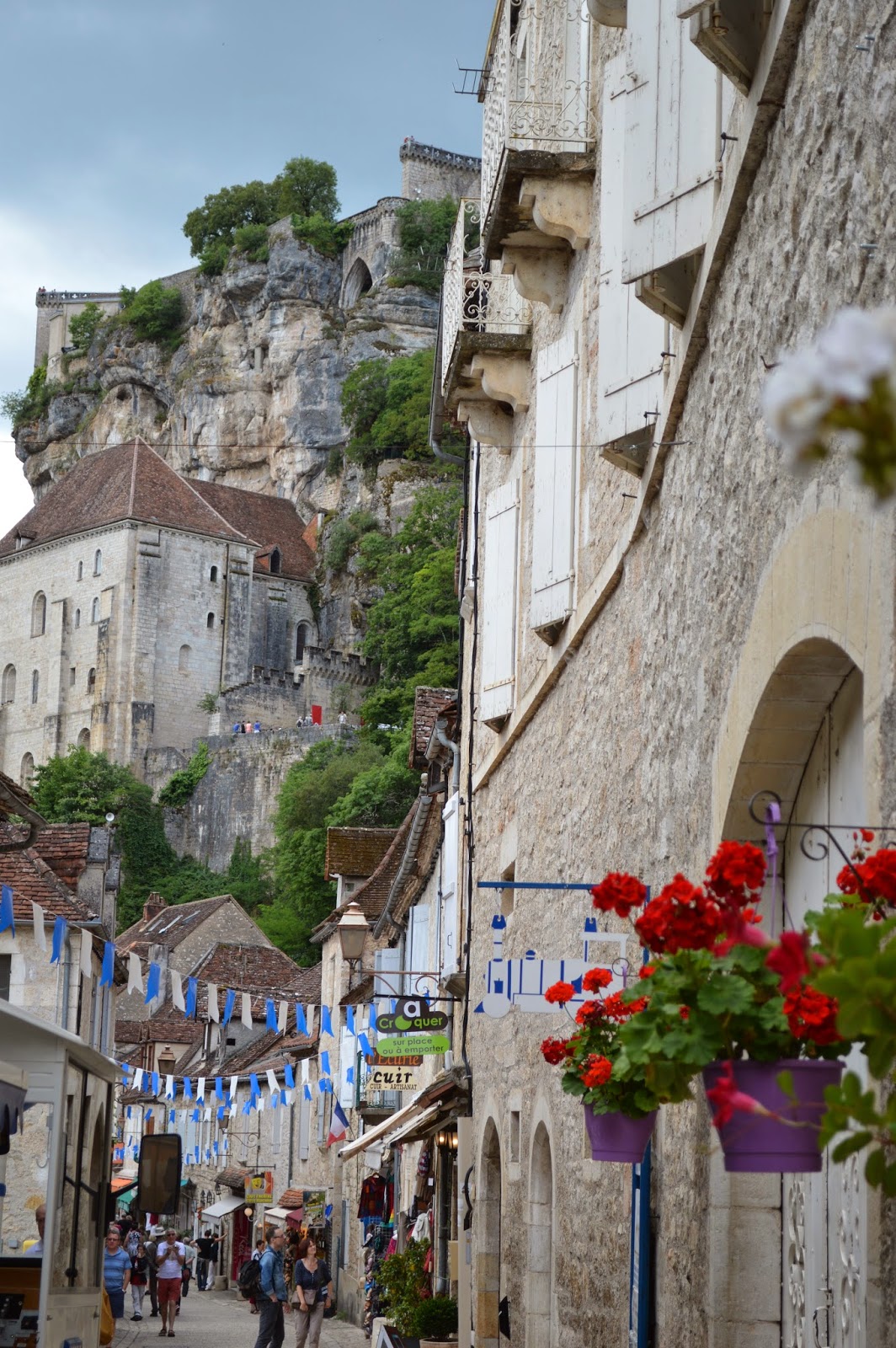 We also visited the historic hilltop city of Rocamador. We parked our car down the bottom and rode a wee train up to the historic village. We wandered up the streets, ate some icecream, then climbed the 200+ steps to the historic chapels. Apparently pilgrims would make the journey up the stairs - on their knees! My knees had enough difficulty with just the walk.

When we arrived there were massive groups of school kids who'd just completed some kind of bike-riding pilgrimage. Groups of family and friends lined the stairs and applauded them as they climbed into the chapels for a service. 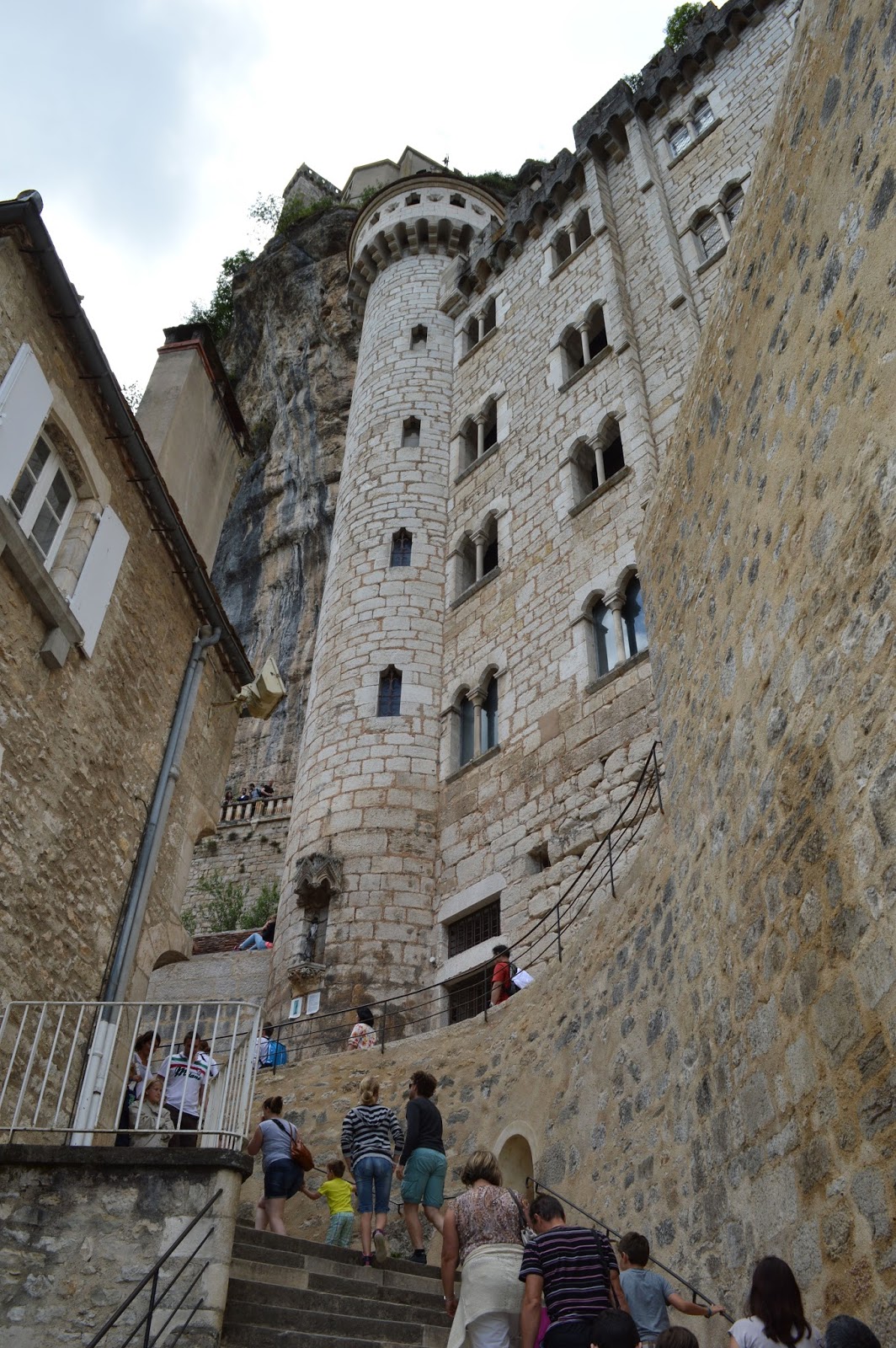 Because of the crowds we couldn't fight our way inside to see the very famous Black Madonna. But we saw plenty of fabulous. 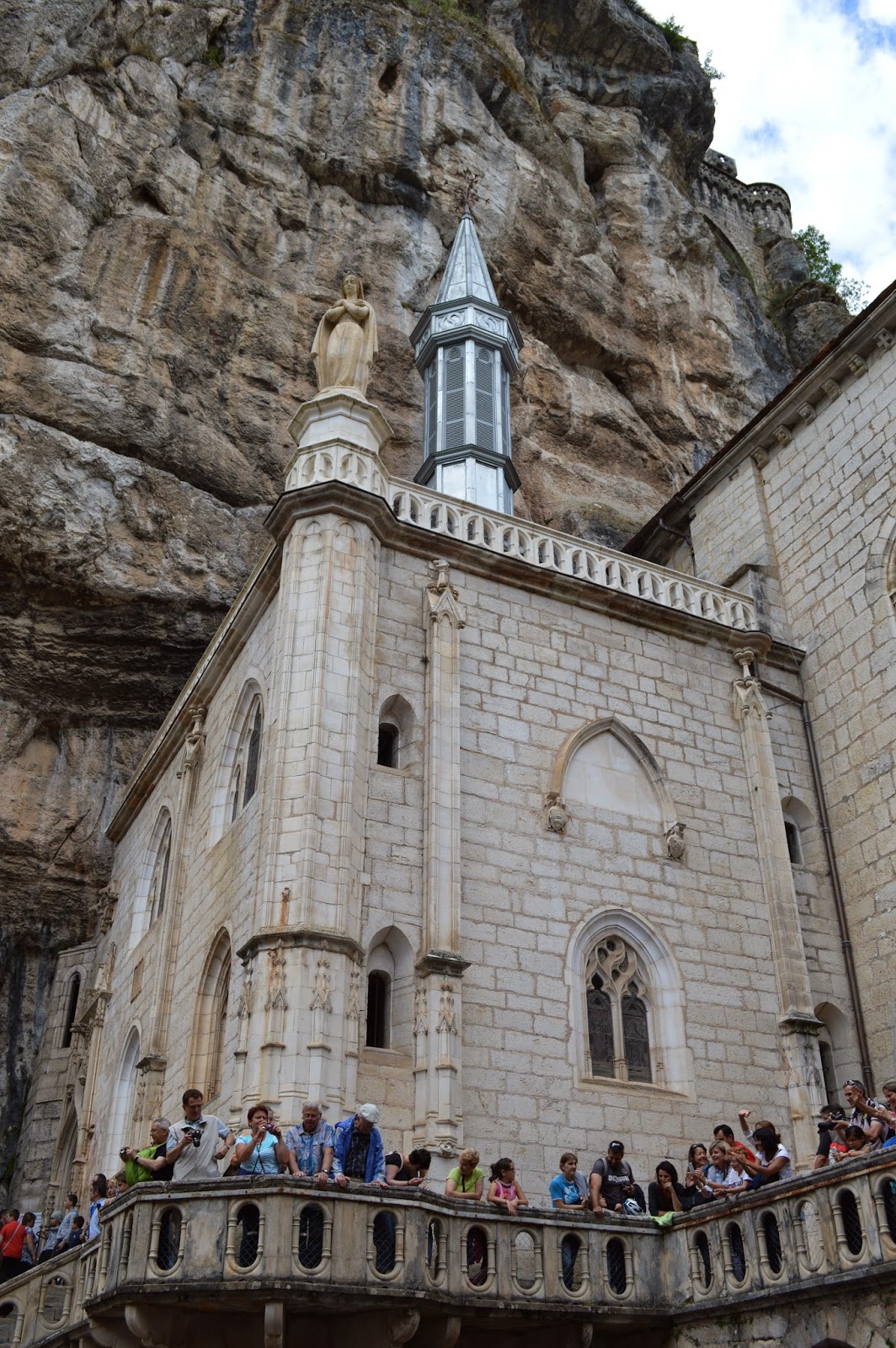 Now we're back in England and have a jam-packed itinerary planned. Today we're off for a family bbq at my brother-in-law's family home Cherry Hill. Our visit coincides with the annual family gathering, so that will be lovely. Tomorrow we're off to The Cotswolds for four days, then three days in Cornwall.

Taking advantage of every minute of this trip? Damned straight I am.

Posted by PinkPatentMaryJanes at 7:05 PM