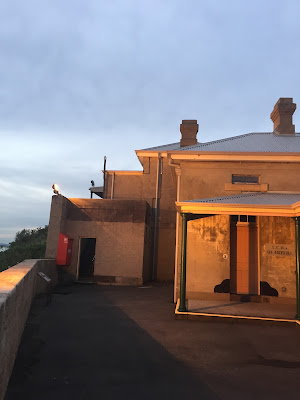 Wednesday night I skipped out of work a little early to go to a rather cool event. Idea Bombing Newcastle were holding a shindig up at Fort Scratchley. Not only was the awesome venue calling, so was the concept. Some of the ideas thrown around at Idea Bombing could be funded via a PlaceMaking Grant from Newcastle City Council.

Now, if there's anything I love more than Newcastle it's ideas to make Newy better. 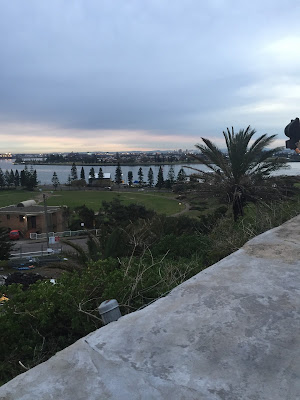 I had to take a few pics. Damn my phone for not doing the view and the colours justice here. But jeez, how pretty is this harbour?

Then I went on a Tunnel Tour. A VERY enthusiastic guide took us down and explained all about all about the fort and its weaponry. 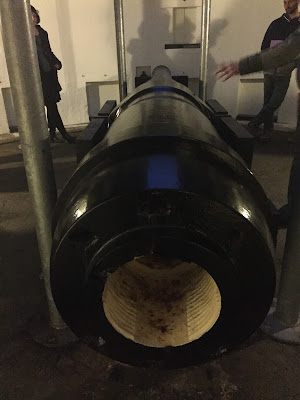 The guns were HUGE. 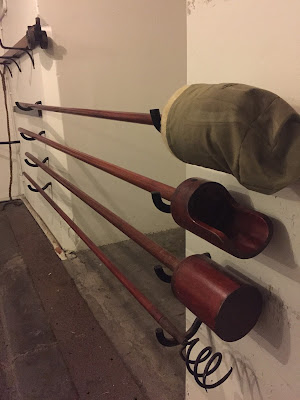 And so were all the accompanying accessories. But it was all pretty amazing. 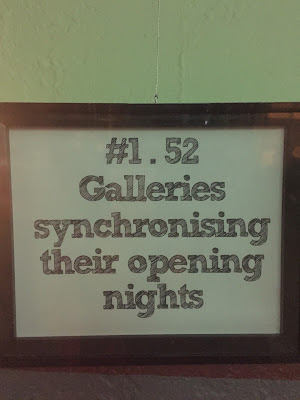 There were some very good ideas. This was one of my favourites. Bags doing a Gallery crawl where you can wander from Gallery to Gallery, perhaps with a few food vans en-route, and cool stuff to do in between - music, performers etc. 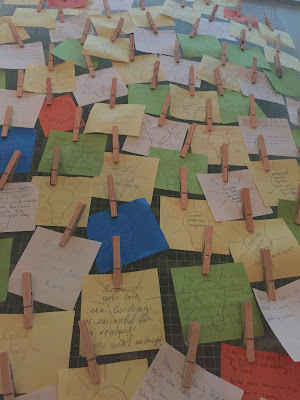 There have been quite a few ideas over time. All pretty creative. I think a lot of great minds are thinking alike in this neck of the woods. 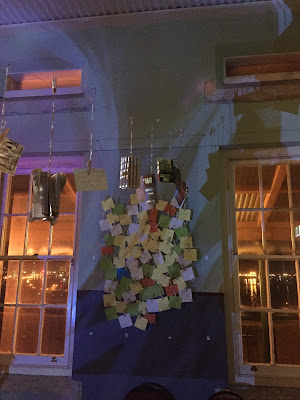 I'm keen to see what comes to fruition. I reckon it'll be pretty sweet. I'll let you know.
Posted by PinkPatentMaryJanes at 5:48 PM