no one cares about your cat 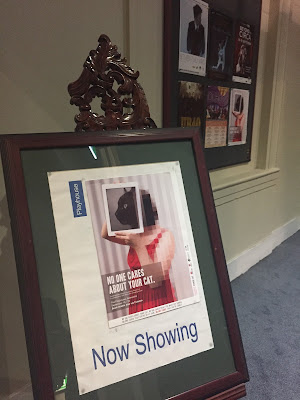 You know I love nothing more than supporting local talent right? Well, I don't wish to play favourites - but I think Tantrum Theatre could be pretty much my favourite of the talents. I've seen a range of their performances and the thing that shines out is the utter joy that the artists experience during the productions.

So tonight I went along with my friend J to see the opening night of No One Cares About Your Cat. I was very kindly gifted tix, which I feel ever-so-guilty about as I love supporting these acts by helping to swell their coffers, but I am very grateful. 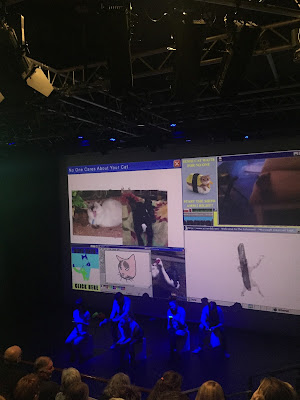 I knew the production would speak to me, someone who's pretty-much connected to social media 100% of the time. Hell, I met my bestest Newy friends A, C and J through twitter!

I am also fond of a cute cat pic or vid, so this opening montage delighted me no end.

The play was cleverly lit, often by the light of the mobile phones - smart stuff. I adored the interactive stuff - like the vlogger whose work was skilfully incorporated into the play with interaction between the audience before and during the play. 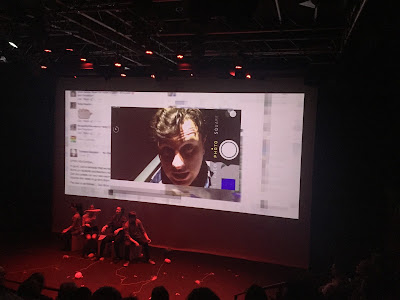 The play was an insightful commentary on the ways in which social media helps us direct our lives. Good? Bad? Well, it's never indifferent.

Also, as I said to my friend J, we must have a new generation who'll never take a bad photo as the selfie-gen are always clued up to their best angles and expressions.

The themes of cats were woven throughout, including with this rather glorious 'cats cradle' scene with glow-in-the-dark-yarn. I couldn't help smiling in delight throughout. 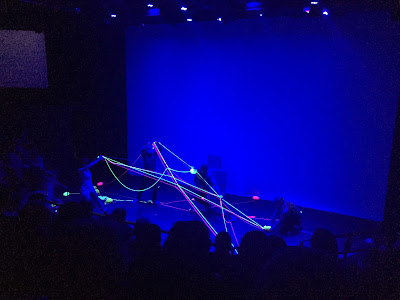 Not only did this make me smile, it made me think - a lot. I thought about loneliness, connectedness and friendship. I thought about how social media helps me share so much - including reviews of plays such as this! 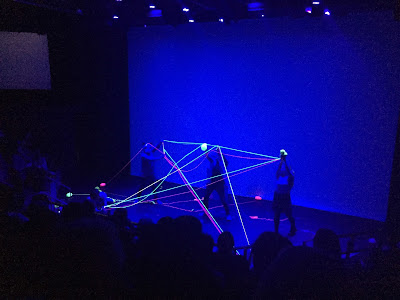 I love seeing something that brings a smile to my face. This brought more - this brought me real joy. This collaborative piece was the work of so many talented artists, and it flew by ever-so-quickly. As we left the theatre I bumped into my friend Barney, who is Tantrum's founding father "I didn't want it to end!" he said. And I just had to agree. 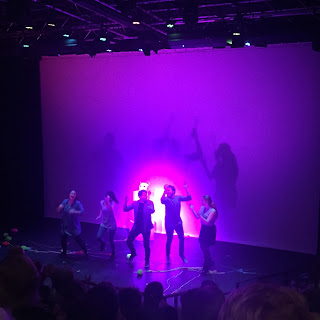 I adore living in a city where talent and creativity is nurtured. Where talented youth get to work alongside more experienced performers. I love that Tantrum is so well-respected that they raised $10,000 through a Pozible campaign to get the show up and running. ONYA arts community! 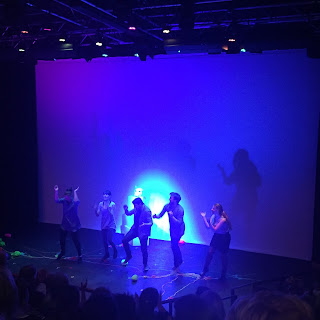 Now get along quick and see this. It's on at the Civic Playhouse until Saturday 19th September. Find out more, and get tix here.

Thank you everyone involved in this - love your work. I really, really do.
Posted by PinkPatentMaryJanes at 10:53 PM