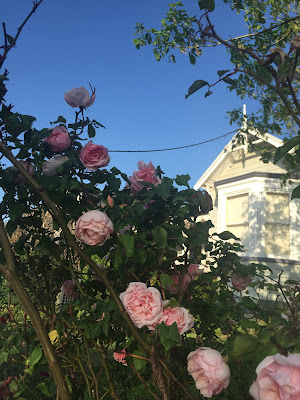 Goodness gracious, where, on earth, has time gone?

Is it seriously nearing the end of October? Eek!

Luckily, despite my frantic life at the moment, I have still stopped and taken time to smell the roses as I've dashed in and out of the house. I've even managed to snap the odd shot. Aren't they just divine? 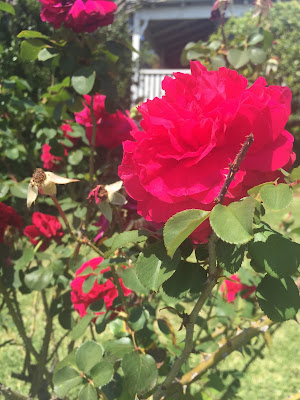 It hard to cram life in at the moment. For example, last week I went with my friends C and A to see Magda Szubanksi in conversation with Rosemarie Milsom. It was just utterly lovely. Magda had so many stories to tell that an hour barely did her justice - but Rosemarie's stellar interviewing skills certainly did.

We had to dash out before having books signed so we could make our way over to Carrington Bowlo to check out Barry Morgan and his World of Organs. It was just as 70sFabulous as you'd imagine.

Who'd've thought that a man with a bouffant of hair, a range of safari suits and a Hammond Organ could possibly be so hilarious. 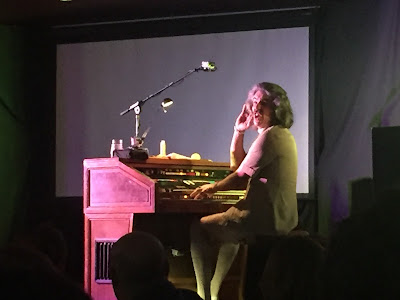 This wednesday I attended a meeting with a fab young group of scientists - looking to bring something super to Newcastle. Stay tuned! But I had to dash from that meeting to Christ Church Cathedral to check out 50 years of Architecture. What a place to hold the exhibition. As you could see, it was pretty darned cool. 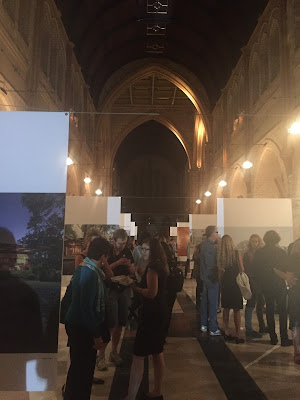 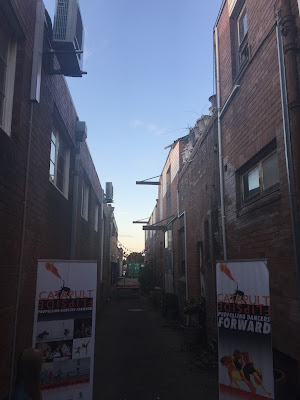 Coming to this weekend, my friend A and I attended another Catapult Dance production. It's hard to believe, but they keep getting better. This one utilised every space of the studio and grounds. Check out 'Tissue Girl's" fabulous outfit - created by the talented Novocastrian sisters from High Tea With Mrs Woo. 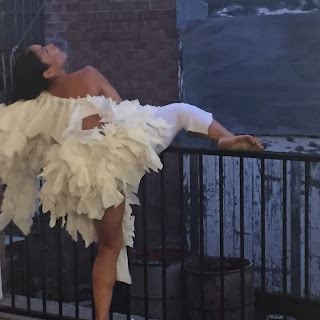 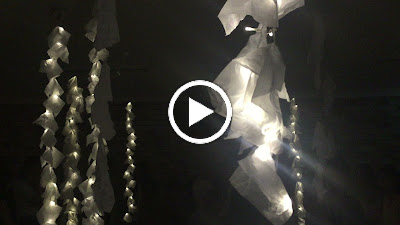 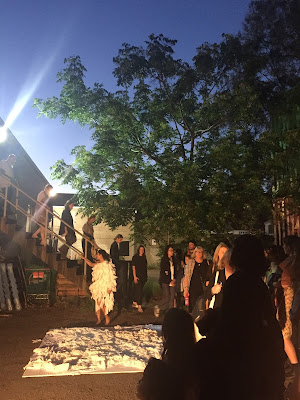 We followed the dancer through the space - and oh, what a space it was. 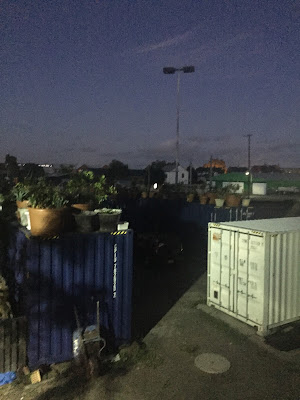 Shipping containers with 'rooftop' gardens, with Newcastle West's gritty urban twilight skyline is something you don't get to see every day, 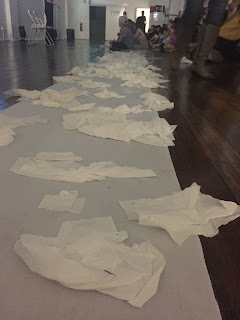 Here's the remnants of the tissues in the studio space. It was rather indescribable, but extraordinary.

I've left out a week in Melbourne, the This Is Not Art festival, and fangirling over Peter Garrett this week. There's been so much to see I've barely had time to snap off shots.

As Ferris said: "life moves pretty fast, if you don't stop and look around for a while you might miss it."
Posted by PinkPatentMaryJanes at 12:28 PM 3 comments: