I've always wanted a white christmas - well, a cold one at least. And in 2017 I got my wish. With my gal finishing year 12 [!!!!!] it was the perfect opportunity. So she jetted off just after her Year 12 formal, and hubby and I left a few weeks later.

Oh, it was magical. 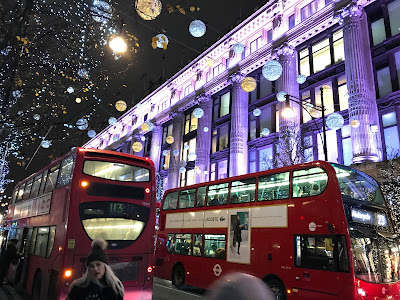 For some black cabs are typical London, but for me, it's the red double-deckers. Aren't they a hint of cherry-topped fabulous! 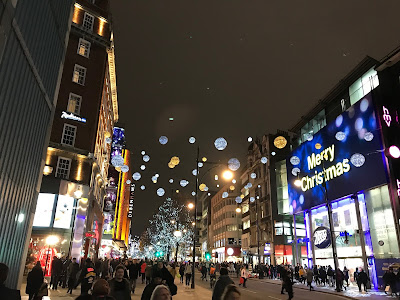 London really knows how to turn on the lights. Oxford, Regent and Carnaby Streets were lit up a treat. We trudged for miles, gazing upwards, oohing, ahhing and taking 1000s of pics on our phones. 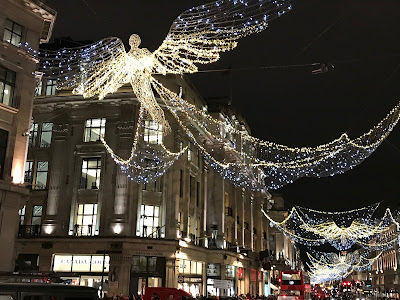 "There must be an angel..." this was my fave. How utterly divine is this display! 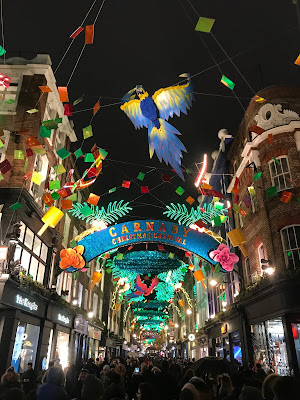 Carnaby Street went tropical, because when in the hell has it ever done anything conservative or traditional? While we were there we stopped in at the Dr Martens shop and bought our gal the coolest pair of Union Jack boots. They were the most-commented-upon in New York (to come!) 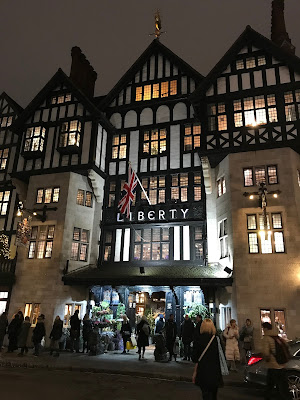 Is there anything prettier than a Liberty of London store? Doubt it - and this one's my fave. If you think the tudor exterior is a treat, you should see inside - stunning. 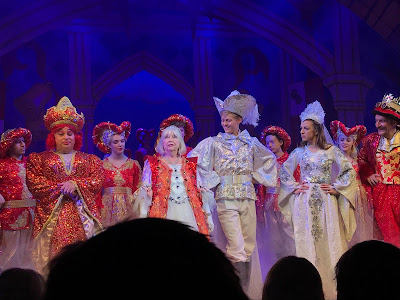 Now, I have ALWAYS wanted to go to a traditional English Christmas Panto (he's BEHIND you!) and Dick Whittington didn't disappoint. The Guildford Theatre was chockers with families with young kids continuing their tradition (and a fabulous set of grandparents who didn't bring the kidlets - but brought their childish sense of joy!) It was a riot - I loved every second of it. 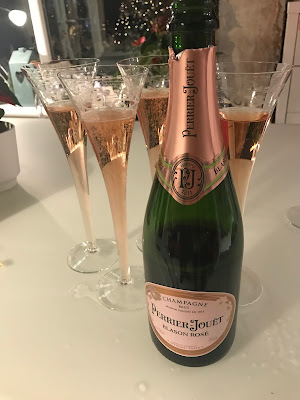 While we were travelling our gal received her uni results and ATAR, and, as you can see by the bubbles - she blitzed it. So proud that all her hard work paid off.

After a few days in London we were headed on a fast train to Bruges, Belgium. Oh my, are you in for a visual treat with my next post...
Posted by PinkPatentMaryJanes at 6:18 PM