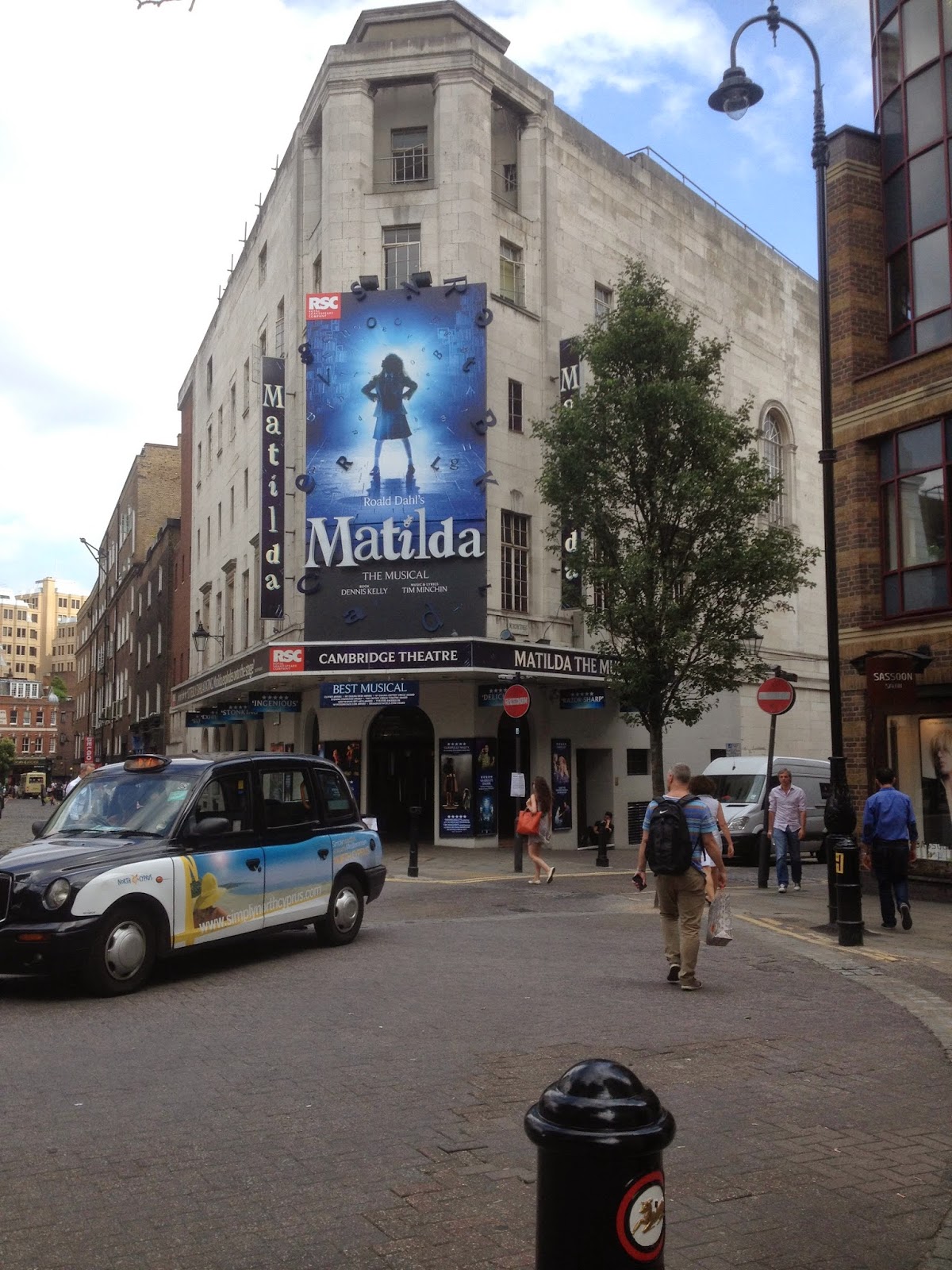 We made the most of our visit to London, and one of my fave moments was this. I really wanted to see a play in the West End, so we thought we'd make it a family-friendly one and see Matilda. I'm not normally a fan of musicals, but I thought I'd sit through it for the kids.

But I LOVED IT!

Tim Minchin is behind the music, so no wonder it was awesome. The performances were all spot-on, and each player on the stage drew the audience's eye. Miss Trunchpole was played by a bloke, and he was just perfection. Hilarious it was. 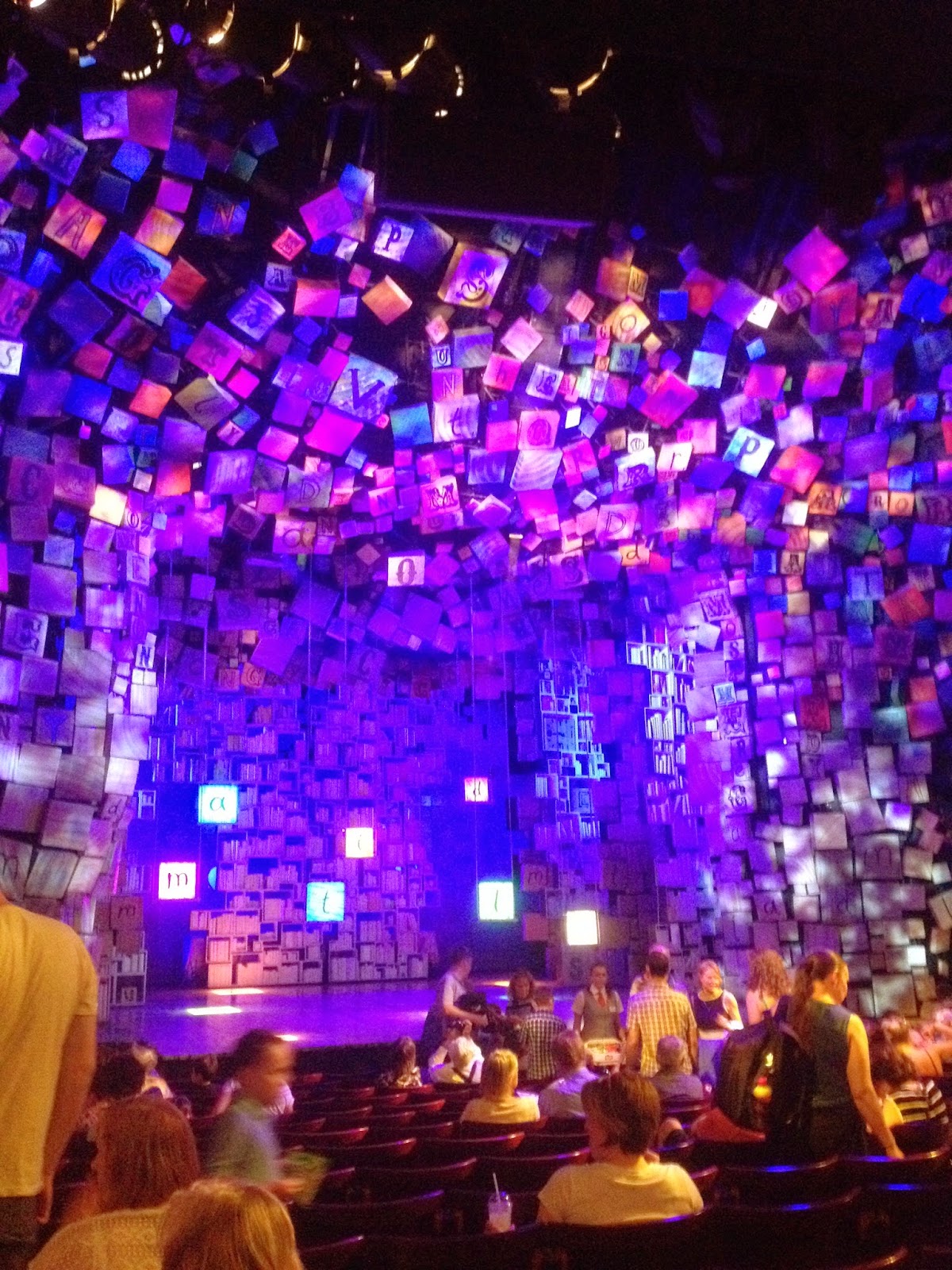 The set design was so fabulous too. It was in a teeny, tiny theatre, perfect for such a production. Apparently it's coming to Australia, so if it does - go see it! 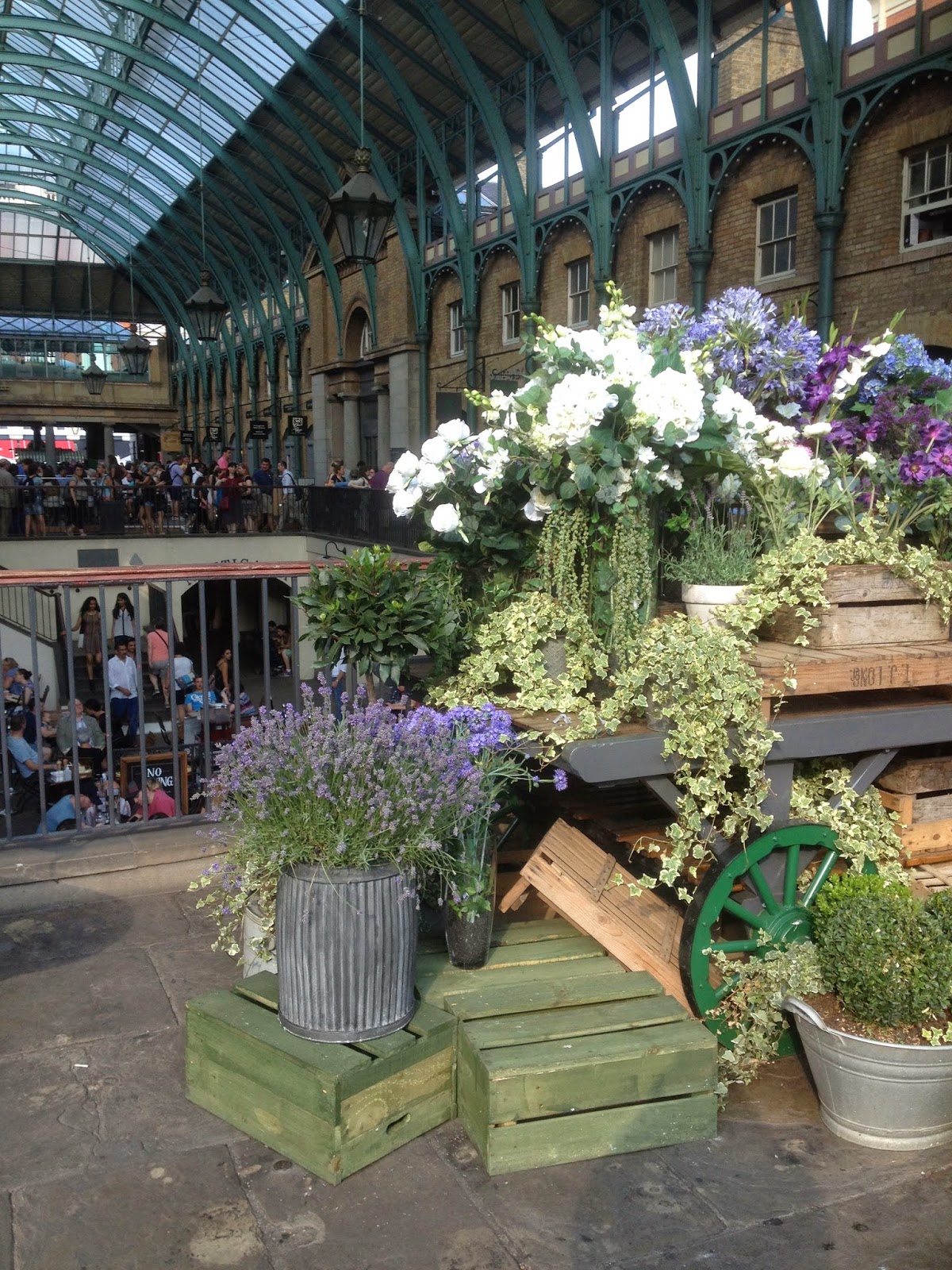 After the matinee we walked through to Covent Gardens, where I swooned for quite some time at this floral display, and the gals ate some Laduree macarons (side note: do you know that I did not eat ONE macaron while in Paris?) 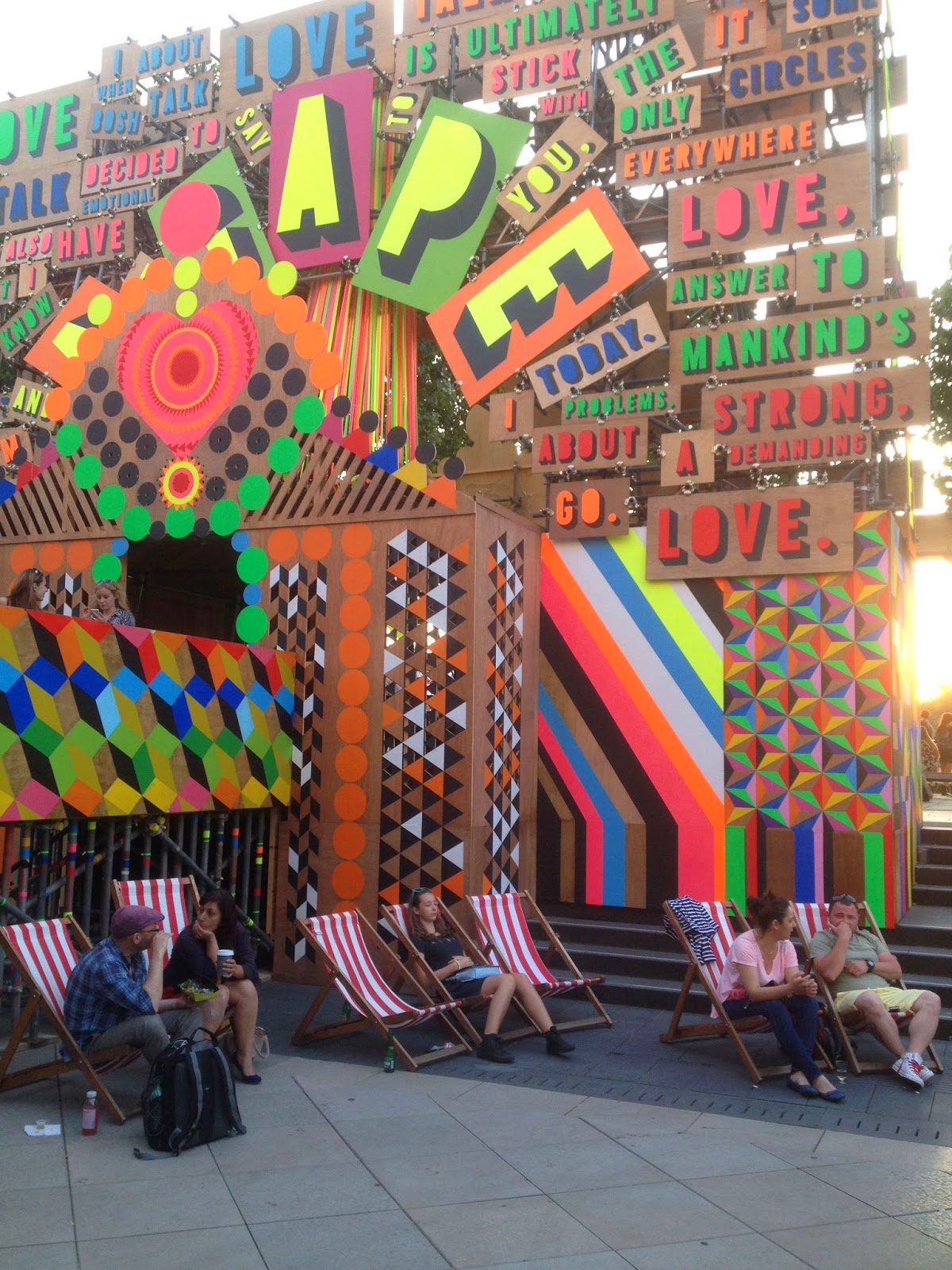 We then went to find some dinner along the Thames and found THIS! It's the Summer of Love in London and the city's celebrating. My gal took the opportunity for a wee rest on a deckchair. 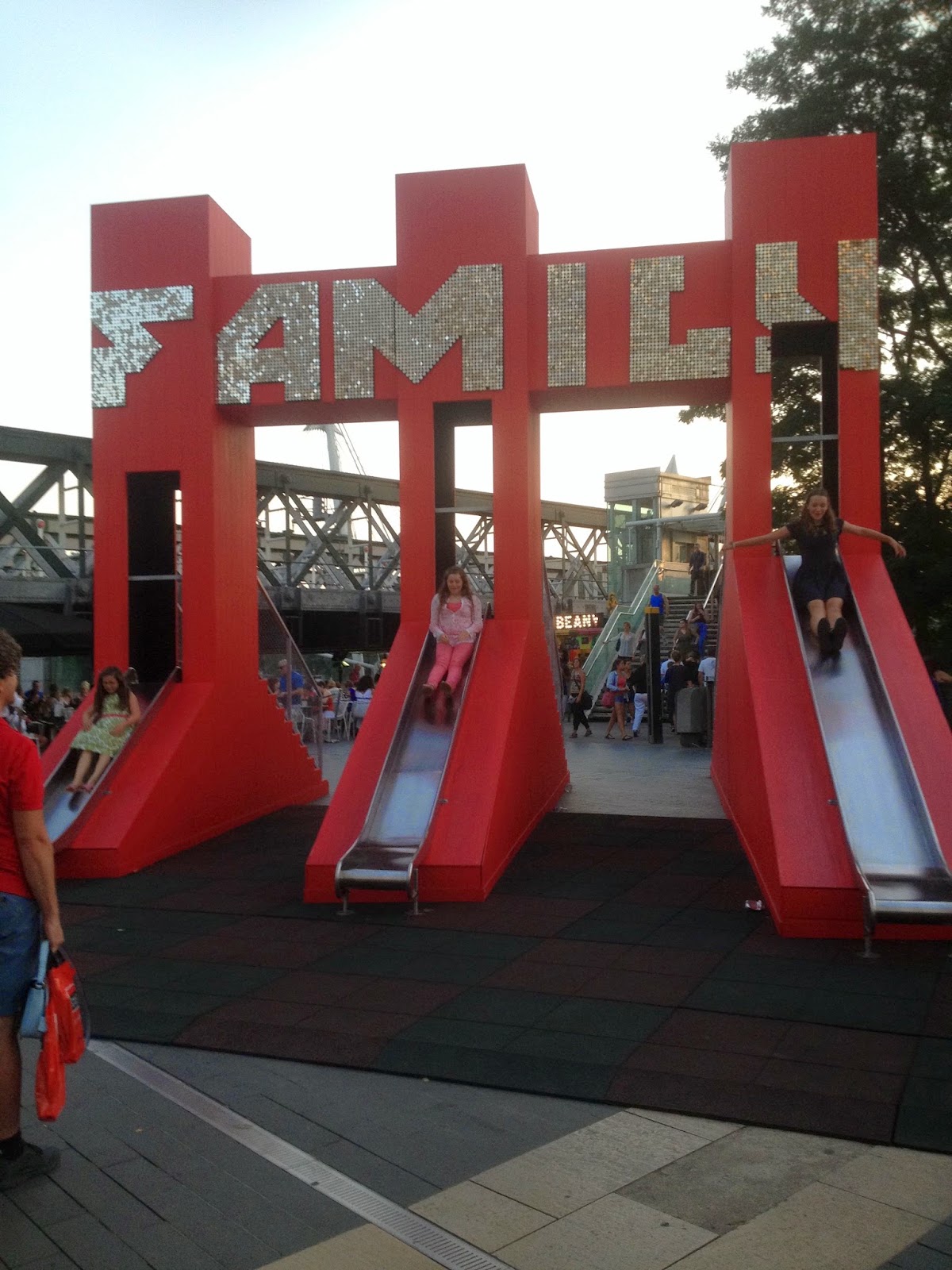 Then the three cousins rode these super-cute slides. The girls have had a blast, as have we. We're flying out today (hopefully). We were meant to fly out last night, but we got to the airport to discover that our flight was overbooked so we are now flying out this afternoon via Los Angeles. Another stamp for the passport I guess. So now we're home Sunday morning instead of Saturday. Hopefully it's true that jetlag's better when you fly in from the states...
Posted by PinkPatentMaryJanes at 7:33 PM 2 comments: