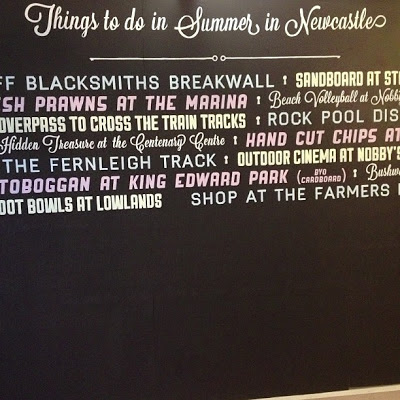 When it comes to awesome in Newcastle nobody does it better than Renew Newcastle. This was a stroke of genius, followed up by a lot of hard work - and it's now a dazzling reality. It's hard to explain the sheer breadth of benefits of Renew Newcastle. Basically it takes otherwise empty buildings and finds people to move in, start a business and restore the shop-front - until a commercial tenant wishes to move in. To find out more, visit their website here.

Renew Newcastle is single-handedly responsible for the revitalisation of inner-city Newcastle. That's a broad statement, but it's true. With Renew they've brought life, optimism and people back to the city and away from the soulless malls. They've also brought people back to Newcastle from Sydney, Melbourne and other far-flung locales as a new culture of optimism has exploded. So many new businesses have opened around Renew Newcastle projects - there's barely an empty shopfront in the mall and surrounding areas.

They do awesome things. 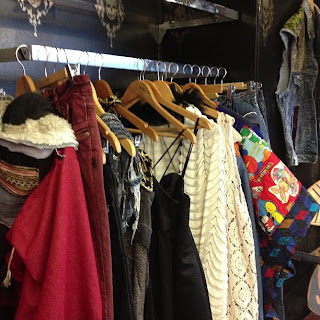 Two years ago I was devastated at the news that David Jones city store was closing. I loved that place. It was a gorgeous building and everything was all in the one place. I did nearly all my shopping there, and so I actually cried when it closed. I cried different tears when I found out that Renew Newcastle were moving in over Christmas. I had a sneak peek last Thursday night - and it's just filled with typical Renew Newcastle fabulousness. 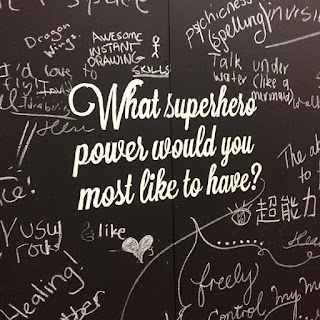 How cool is this? A blackboard wall asks "What superhero power would you most like to have?" and people have answered with the little box of chalk that's available. Love it. 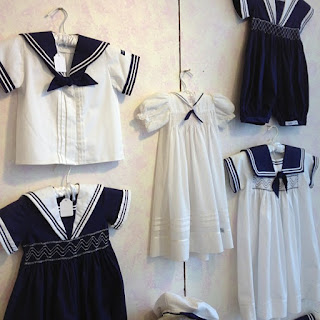 I have two options: shrink my daughter so she can fit into these - or encourage a friend to have a baby girl so I can dress her up. How divine! 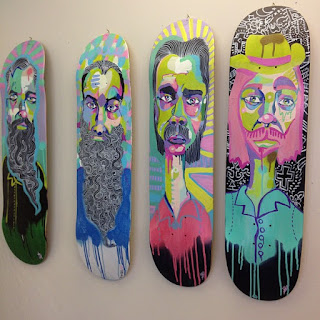 So much awesome on display. I had a smile on my face the whole time I walked though The Emporium. I'll be going back with a wallet full of cash soon. 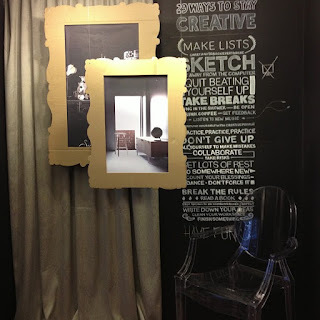 I love this wall. Particularly the instruction "Don't give up". We need that now after yesterday's announcement that the NSW Government weren't giving Renew Newcastle the slight funding increase they'd asked for - but instead, were slashing funds. Sigh. Renew Newcastle does more than just fill empty shopfronts - it's rejuvenated this city - you can't put a price on that.

Luckily Marcus Westbury is behind this. Whereas many people would throw their hands in the air and say "Oh, I've had enough" Marcus will fight. I have no doubt that not only will he get the funds reinstated - he'll get more.*

Cripes - he set up Renew Newcastle using nothing but sheer determination and his own credit card and now it's a world-wide model being taken on across the world.

But, if you've got a minute - please go vote at the Newcastle Herald poll here. Initiatives like this deserve to be lauded for the world-class act they are.

Thanks Renew Newcastle for doing my city proud.

*And, as predicted, at lunchtime today it was announced that the decision was reviewed and Renew Newcastle's funding was reinstated at $50 000 pa. YAY! Congrats to everyone who got behind this on Twitter, Facebook and via their emails. I think it's also awesome the way that local media also championed the story. The Newcastle Herald, NBN television and ABC radio were fully behind the story which is just ace. Bravo everyone.
Posted by PinkPatentMaryJanes at 9:19 AM 6 comments: